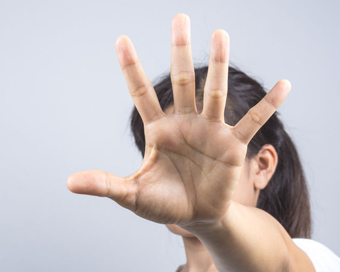 1 in 3 women and girls experience physical or sexual violence in their lifetime, according to World Vision Ireland.

“Violence against women and girls is one of the most widespread, persistent and devastating human rights violations globally, today.” Niall Mc Loughlin, CEO of World Vision Ireland, said. “It remains largely unreported due to the lack of support services, and the silence, stigma and shame surrounding it. Violence against women manifests itself in physical, sexual and psychological forms, including intimate partner violence – battery, psychological abuse, marital rape, and femicide; human trafficking; female genital mutilation (FGM); and child marriage. World Vision Ireland is working to raise awareness of these issues in Ireland and abroad. With international support, education and empowering women, we can reduce these figures significantly.”

The Declaration on the Elimination of Violence Against Women issued by the UN General Assembly in 1993, defines violence against women as “any act of gender-based violence that results in, or is likely to result in, physical, sexual or psychological harm or suffering to women, including threats of such acts, coercion or arbitrary deprivation of liberty, whether occurring in public or in private life.”

World Vision Ireland said that gender-based violence can happen to anyone, anywhere, but that some women and girls are particularly vulnerable, including young girls, migrants and refugees, indigenous women and ethnic minorities, or women living through humanitarian crisis.

“Violence against women is a barrier to gender equality, family development, education, child welfare, and human rights.” Niall McLoughlin said. “71% of all human trafficking victims worldwide are women and girls, and 3 out of 4 of these women and girls are sexually exploited. With robust international peace agreements and supporting women in vulnerable communities, we can hope to tackle and correct these issues.”

According to World Vision Ireland, only 52% of women married or in a union freely make their own decisions about sexual relations, contraceptive use and health care. 1 in 2 women killed worldwide were killed by their partners or family in 2017, while 1 out of 20 men were killed under similar circumstances.