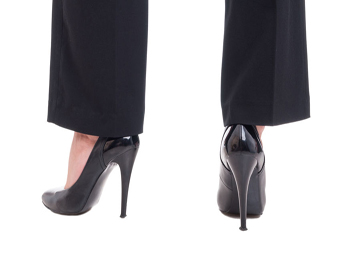 When tech executive Karen O’Connor entered secondary school, she had to choose between Home Economics and Science – you couldn’t do both. 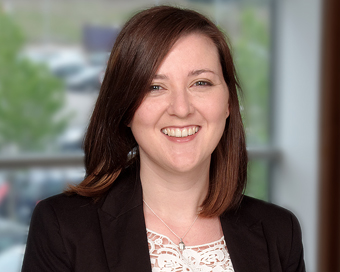 A qualified process engineer, who works as one of five Process & Technology Managers at the medical science and technology company, Merck Millipore Ireland, she recalls that many students at her all-girls’ school opted for Home Economics, thus reducing the possibility that they would ever study science: “The choice pigeon-holed us into certain subjects for the Junior Cert.  “Although you could branch into physics, chemistry or biology afterwards, if you hadn’t done them to Junior Cert Level, there was less chance of you taking those subjects to Leaving Cert Level.”

Her comments follow the release of new research by IBEC on female management in the workforce. It shows that while there are more women in the top management position in their area today versus 17 years ago, in manufacturing, distribution and materials roles, female participation rates have actually decreased between 2001 and 2018 ­– and overall female participation in these sectors remains low.

The areas of the workforce with the highest proportion of female participation at the top level included HR and Personnel where 72% of section leaders are women, customer services where 53% are female and finance and accounting where 39% are female. 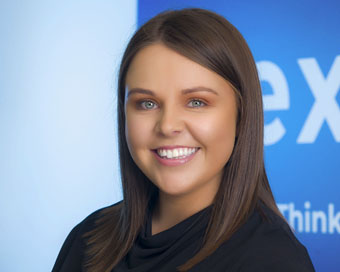 Rebecca Keenan, Head of Process Automation, Expleo Group, a global consulting organisation in a variety of technology-intensive sectors, also points to a possible link between what girls study at second-level and the courses they choose at third-level and, later, the kind of career they pursue: “Up to 12 years of age, education is very much the same for girls and boys, so why, when they hit second-level, do female students seem to veer away from STEM subjects like maths, chemistry and physics?”

Are single-sex schools part of the challenge in terms of the subject choices on offer asks Keenan, who earlier this year won the Rising Star Category in the Tech Excellence awards and was named on the Sunday Business Post’s ‘30 under 30 to Watch in Irish Tech.’

O’Connor, who currently manages a team of 10 engineers of different specialties (of whom four are female), was shocked she says, by IBEC’s figures showing that in IT and engineering, the percentage of women at ‘head of function level’ was just 17% and six per cent respectively.

The IBEC study compared data on women in management in nearly 300 companies in 2001 with similar information gathered from 347 companies in 2018. According to the research, the funnelling of men and women into gendered roles can contribute to the gender pay gap, reinforce gender stereotypes and impact men and women’s access to particular jobs. The study found that while there has been some progress in female participation rates in management in the Irish business sector in that 17-year period, certain sectors had seen a deterioration in the numbers of women in managerial roles.

All the same, says O’Connor her sense is that things are changing at the coalface, albeit slowly. She points to Merck’s graduate programme which has been running for the past three years. It  boasts an even balance of male and female applicants, she says, adding that the female engineers joining the programme are “highly articulate, highly qualified and excel when they get in.” “Nationally there has been a big drive over the last five years or so to attract women into STEM at second level and third-level,” she says, adding that she believes that this is reflected in the gender balance of Merck’s graduate programme.

However, O’Connor reports, she has noticed that there does not appear to be a similarly strong level of applications for jobs from older, more experienced female engineers who would have graduated up to 10 years ago, something which has led her to wonder whether there is a “generational lag” at work in the sector. “I think there’s a change, and that it’s down to this recent focus on getting girls and women into STEM from second level and up,” she says, adding that Merck also runs a popular Junior Achievement programme at primary school level under which staff run simple experiments in the classroom  to spark an interest in science.

There is an ongoing need for higher visibility of female role models – and more of them, says Keenan: “If a girl can’t see it she can’t be it,” she quips, adding that she believes companies with high-level female executives could make a stronger effort to showcase them as well as placing more emphasis on in-house mentoring: “Companies and the market in general should make high-level female executives more visible, both externally and internally. Mentoring programmes can work quite well – you are giving entry-level junior employees a forum to learn from people in senior positions.”

This is reflected in the comments of Kara McGann, head of social policy at IBEC, who said the underlying culture and norms often found within certain  industries and professions was something that needed to be addressed: “To address the challenges of occupational segregation requires a focus on tackling stereotypes and bias; considering the connection of targets to performance evaluation of managers and ensuring role models, mentors and sponsors are visible and available to all,” she said.

The experience of Keenan, who regularly recruits in the area of software development, also highlights the possibility that the way a company actually goes about recruiting can affect the gender balance in a particular sector. Her firm, she recalls, did not always see a 50/50 balance in terms of male and female applications for the jobs on offer –  in fact, she estimates, the gender balance of applications  may sometimes have reached an 80:20 split. However, thanks to a new recruitment strategy, all of that has changed: “Over our last three intakes we have had a 50/50 split and that’s very much down to our team going out onto college campuses and making an effort not to simply recruit from what comes up in front of us.

“We say to graduates that even if they don’t think they meet the exact criteria outlined on the form, for example particular programming skills, we have a range of service areas across the tech sector and need a variety of skills.” However, she says, encouraging women to move up the ladder is also about not becoming complacent when progress is seen to be made: “It’s about realising that while there is progress has been made there are still challenges. “People will hid behind the good news stories, so it’s about speaking up, about calling things out if you see them. If you see a situation where you thing someone might have made an inappropriate comment, don’t let it go, call it out.”

The economic case for increasing the number of women in senior management, executive committees and boards was undeniable, IBEC said, with positive impacts on profits and earnings per share, creativity and innovation as well as governance. Tackling gender imbalance will help businesses attract and retain the best talent, building the teams they need for a highly competitive and challenging world, the organisation declared.

You can read/download IBEC’s Women in Management Survey here>>

A call for applicants for an initiative to...