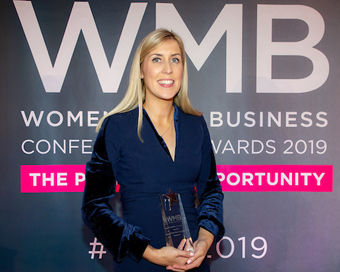 The takeover of the firm for which they worked by a multinational, was the catalyst for two ambitious young executives to leave secure, well-paid jobs to set up their own pharmaceutical company.

Although it’s been in operation for barely two years,  Shorla Pharma (the co-founders merged their names to come up with something snappy and original)  is already making serious waves in the corporate sphere. Co-founders and joint CEOs Orlaith Ryan (main picture) and Sharon Cunningham (pictured below with Orlaith), have just won two prestigious awards – Ireland’s Best Young Entrepreneur Award 2019 and the Sodexo WMB Female Newcomer Award for 2019.

It all started for Clonmel native Orlaith Ryan when she graduated with BSc in Applied Biology with Quality Management from WIT. A job in a thriving pharmaceutical company gave her not just the laboratory experience she craved, but also the opportunity to be involved in overall drug product development and not, she says now, “ just the testing end of it.”

“I wanted to be involved in chemical trials, drug product registration and interaction with health authorities; it’s very interesting and it’s where I wanted to be,” she says, adding that to this end, she earned an MSc in Regulatory affairs in 2016. She stayed with the company until 2017, by which point, she recalls, she had worked across several different departments and gained a lot of managerial experience – something, she observes, which was crucial for what came next: “When I joined my firm, it was a start-up with less than 20 employees. “When I left just eight years later, we had 220 employees,” recalls Ryan who led the regulatory team at her company – her future co-founder,  Sharon Cunningham was Head of Finance at the same firm. Cunningham, who has a strong back ground in corporate finance, accounting and fundraising, is a PwC qualified Chartered Accountant with an MBA.

“In 2015 our company was sold to a large multi-national,” Orlaith says, recalling that both she and Sharon felt the multinational space was not really where they wanted to be. They decided to identify an opportunity in the marketplace. There followed two years working on a business plan for Shorla Pharma, which the duo envisioned as a female-led healthcare company developing innovative, pharmaceutical therapies with a particular interest in women’s and paediatric health: “We saw an opportunity to work on products for female and paediatric health, and do something better than what was there,” explains Orla. One of their very first projects was developing an oral form of an existing medication for paediatric cancer aimed at children from three years and up: “We noticed that the medication was only available in a hard capsule form,” she explains, adding that in practise, this meant that parents and care-givers who encountered resistance from small children to the medication, had to open the capsule and mix the contents with a juice.

However, as Orlaith points out, people could unwittingly alter the dose when they did that as a result of spills. “We have worked with our formulators to develop an oral solution for this medication. Next we’ll hold a small clinical trial,” she says, adding that once that has been completed, it’s all systems go for the launch of this product in the US in 2022, and in Europe and Ireland at a later point. Last June, Shorla Pharma also developed a new version of a medication used by many women with breast cancer: “We took that to the US Health authority the FDA because the US is our initial target market.  “We had a very positive meeting with the FDA, the result of which is that we don’t have to do a clinical trial for the product, which is part of the chemotherapy protocol for many women who require it as part of their treatment journey. We hope it will be on the market in 2021.”

The duo is also currently working with a large US children’s hospital with the aim of developing new treatments for a paediatric cancer. “We chose the area of female and paediatric oncology, which we feel is an area that is often overlooked by the larger pharma industry,” says Orlaith. If a drug company is to pursue a medication that will generate a lot of commercial revenue, they will obviously focus their research on a common condition which impacts on large numbers of patients. “While there are huge numbers of women with breast cancer, there are many varieties of breast cancer, some of which are much more common than others,” Orla explains.  “Therefore the larger pharma companies tend to focus their research on the breast cancers which are the most common. “This is also the case in terms of cancers generally. “Depending on the condition, the number of patients affected can vary hugely. This means that cancers which are less common than others can be overlooked in terms of the variety of medications that are available to treat them. “In terms of female and paediatric cancers, this is where we found our niche.”

It’s been a massively busy period for both women. After spending large amounts of time both on their business plan, and on the process of securing funding, they hit the ground running, kick-starting their new company with a grant from their Local Enterprise Office in Tipperary: “We also did consultancy on the side for cash-flow and that got us to the point where we were investor-ready.  “We later secured a seven-figure sum from a group of strategic investors – who not just invested money in our firm but also opened the doors to a whole multinational network of experts and commercialisation partners.” 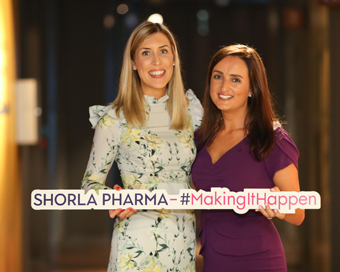 Where does she see Shorla Pharma in 10 years’ time? Currently the Shorla Pharma workforce constitutes Orlaith, Sharon and an advisory team, she says, but that’s about to change radically: “We expect to start recruiting personnel at the end of this year with the aim of having an initial workforce of 10 people in place by 2020.  “In ten years’ time we’d hope to be developing and growing a successful pharmaceutical company bringing affordable and accessible treatments to patients with some of the less common cancers.

In the meantime, she has some throw-down-the-ladder tips for others who may be thinking about, or even in the throes of launching a start-up: “As a scientist I’d always say never be afraid to change! “When you are a start-up company, you have more freedom to innovate which is a great privilege – so use that.” Next, she warns, it’s crucial to have your ‘i’s dotted and your ‘t’s crossed. Make sure all the paperwork is in order and that you have all the legalities under control she emphasises: “It’s so important to have your documentation and your systems correct and water-tight from the beginning. This is the foundation on which you hope to build, so get it right first time!”

If possible, try to find a co-founder to share the thrills and the spills of fledgling entrepreneurship: “While it can be exciting, it can be challenging. When you can share the challenges with a co-founder it can be much easier.” Take risks, but ensure that they’re calculated risks, she advises. “Know what you’re doing as much as possible, every step of the way! “If you are experienced in your field, have put in a lot of planning and effort and have validation on your idea, the risk becomes a calculated one.”

Putting in the necessary work early can mitigate some of the risks, she believes. Be prepared to put in a lot of hours, she counsels: “This is not a 9am to 5pm job, as all entrepreneurs will accept,” she points out. However Orlaith, believes, hard work is not a negative thing: “It’s a positive – but be prepared for a lot of it!”

Last but not least, she says, enjoy it!

The online grooming of children by sexual...