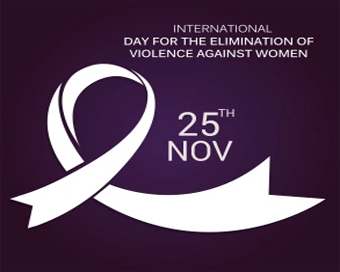 Four out of five workers experiencing sexual harassment at work do not report the incident to their employer according to a new survey from the Irish Congress of Trade Unions.

Launched ahead of International Day for the Elimination of Violence against Women today (November 25), Congress surveyed more than 1,300 union members with experience of sexual harassment and sexual assault in the workplace.

Sexual harassment is defined in the Employment Equality Acts 1998-2015 as any form of unwanted verbal, non-verbal or physical conduct of a sexual nature which has the purpose or effect of violating a person’s dignity and creating an intimidating, hostile, degrading, humiliating or offensive environment for the person. It is prohibited under the Acts.

Commenting on the survey Congress General Secretary, Patricia King said: “Sexual harassment can happen to anyone, anywhere, at any time. Yet all too often, it happens in the workplace.

“Of all the alarming statistics thrown up by the polling, the fact that jumps out for me is the unacceptably high levels of under-reporting and dissatisfaction with their employer’s action among those who do report sexual harassment” she added.

81 per cent of respondents did not report the unwanted sexual behaviour to their employer, while only one in four of the minority who did report such incidents felt it was taken seriously and dealt with satisfactorily.

“We wanted a deeper understanding of workers’ experience of sexual harassment at work – the types of incidents experienced, the perpetrators and location, the barriers to reporting, and the impact sexual harassment has on the lives of those affected” said Congress Social Policy Officer and lead researcher, Dr Laura Bambrick.

“For instance, the Christmas party has long been identified as the most common off-site location of workplace sexual harassment, and this is borne out in our survey. However, the extent of unwanted sexual behaviour from colleagues taking place online also reported, points to a growing problem in the modern workplace” she said.

“While the #MeToo movement has shed light on the hidden problem of sexual harassment and sexual assault at work and empowered women to speak out, the fear of a negative impact on their career or of not being believed or taken seriously were the most common reported reasons for not pursing a complaint” Dr Bambrick added.

“Trade unions and employers play an important role in preventing violence and harassment against women at work. Congress together with trade unions across Europe are calling for the ratification by Member States of the ILO Convention 190 to address violence against women, including in the world of work” said Congress Equality Officer David Joyce.

Ms King said “The Employment Equality Acts places an onus on employers to prevent sexual harassment in the workplace. Employers must act urgently and proactively to tackle this problem – raise awareness that such behaviour is unacceptable and may be subject to discipline, implement a comprehensive policy, set up proper, timely procedures for reporting, support the victims and deal with the perpetrators. There needs to be real consequences for those employers who don’t comply with their obligations. Everyone has the right to respect and wellbeing at work.”

You can read more headline findings from the ICTU Survey here>>

Irish women are “working for free” for...

1 in 3 women and girls experience physical...