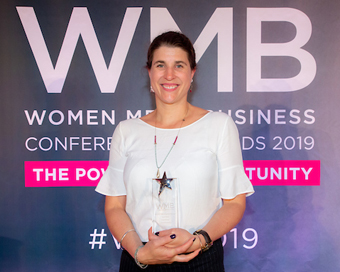 The online grooming of children by sexual predators, the risk of exposure to graphic pornography or extreme violence and the impact of tech on a child’s sleep and well-being are just some of the downsides of our obsession with digital media.

Fighting back against the negative impacts of tech makes up much of the day-to-day work of Alex-Cooney, the award-winning co-founder and CEO of CyberSafeIreland (CSI), a social enterprise that aims to empower children and parents to navigate the online world safely. Cooney, winner of the Newstalk WMB Social Entrepreneur Award 2019 and a mother-of-two, helps to advocate for change at a national level and at the chalk-face through CSI’s work in delivering educational programmes to children, and highlighting issues to parents, teachers and the wider public.

Since the organisation was established in 2015, CSI experts have given talks to more than 17,000 children on how to have safer, healthier and more positive online experiences and spoken to more than 4,000 parents about the ‘do’s and don’ts’ of protecting and empowering their children online. It is, no doubt, worlds away from the kind of work Cooney assumed she’d end up doing when she graduated, first from the University of Edinburgh with a degree in Italian and History of Art, and later from Trinity College with an MA in Peace studies.

Cooney actually began her working life with a period in Romania in 2000, working with children and with adults with special needs in orphanages with the organisation Health Action Overseas. After a year she returned to Dublin to work in GOAL and covered East Africa as a desk officer, before leaving two years later to work in East Timor with the UN Development Programme for 18 months. Next it was off to London and a post with Trocaire’s sister agency CAFOD (the Catholic Agency For Overseas Development, previously known as the Catholic Fund for Overseas Development): “I worked as programme manager for South East Asia and travelled a lot, because we were working in partnership with local organisations in the Philippines, Cambodia and East Timor,” she recalls. She followed this up with nearly four years in Jamaica – “after my husband got a job there” – and worked for the British High Commission in Jamaica on a major prisons project.

After returning to Ireland in 2012 following the birth of her second child, Cooney worked for a while for the Move 4 Parkinsons charity which provides support to people living with the disease. And then, a few years later, came the big 90-degree turn: “Three of us set up CyberSafeIreland! One of my co-founders was Cliona Curley who was a cybercrime investigator based in London and working with the Serious Organised Crime Agency in the UK,” she says. Around this time Curley was working for the UCD Centre of Cyber Crime Investigation and Analysis.  The organisation’s other co-founder,  Maggie Brennan, was an online child exploitation specialist who, says Cooney, “brought expertise and connected us to people we could learn from.”  Maggie left the organisation last year to pursue other activities.

The idea for CSI was born after Cliona Curley began visiting primary school classrooms to talk to children about internet safety: “She was shocked at how engaged they were with the online world and also how little parents and educators seemed to know about the extent of child involvement,” Cooney recalls now. “There seemed to be a big gap between what children were doing online, and what they were being exposed to – and what parents and teachers knew about online risks to children. “Cliona got the idea to set something up. She felt that we have to equip kids to deal with the digital world because the digital world is here to stay.”

The organisation was launched in the summer of 2015: “I had worked for most of my career in Not for Profit organisations, so I was familiar with the funding and governance landscape. Cliona was in charge of the educational side of things, and I was basically building the structure around it.  “We had a pretty crazy time in the first few years ­– for three years it was really just myself, Cliona and Maggie Brennan, our other co-founder!”

CSI’s first education programme was launched in January 2016.  “It focused on online safety for children. We wanted to equip children to be online in a smart and safe way.” More and more primary schools began to invite CyberSafeIreland onto their campuses to deliver online safety programmes to pupils in fourth, fifth and sixth classes. “Our mission was to empower children, parents and teachers to approach the online world in a safer smarter way and children from third to sixth class of primary school were our target,” recalls Cooney, adding that this is done through a combination of classroom-based educational sessions in schools, talking to parents and teachers, and offering  resources through its website.

“We also investigate other ways of reaching children to get our safety message across. We are aware that going into a classroom is very effective and we’re currently engaging in a research project with UCD and  CYPSC (Child and Young Person Services Committee in Dun Laoghaire and Rathdown) to measure the impact of what we’re  doing.”One of CSI’s strongest pieces of advice to parents is to delay – and for as long as possible – the pivotal moment when you give your child his or her own personal device.

This is important because research carried out by the organisation over the past year, suggests that children are more likely to be active online if they own their own device. Between September 2018 and June 2019, Cooney says, CSI surveyed 3,800 children between the ages of eight and 13 on their use of tech. The findings showed that about 92% of them owned their own smart device. It also found that 67% of the children who owned their own devices were regular users of social media. This contrasted sharply with another finding – that of the eight per cent or so of children who didn’t own their device, just 24% were on social media.

“This research suggests children are less likely to be active online if they don’t own their own device,” says Cooney who also emphasises the importance for parents of engaging in regular conversations about what their children are seeing and doing online – and taking the time to learn about the social media platforms, such as snapchat, which their children frequent. “We are not anti tech; we recognise there are many opportunities for children in terms of engaging with technology and that it is important to children with the skill to do this properly, she emphasises, adding however that it’s very important for parents and teachers to be aware of the risks that the online world poses for children

On a day-to-day level, she warns, children tend to share too much about themselves online – whether through photographs, videos or social media accounts which are not set to private:
“Children don’t always understand or value their data,” she observes. CSI is also concerned about issues such as cyber-bullying and the risk of children being exposed to inappropriate content online, whether this is extreme violence, pornography or simply very frightening material. The potential for online grooming of children is a major issue, she adds, while its increasingly being acknowledged that overuse of social media can impact on children’s physical and emotional well-being, for example in terms of not getting enough sleep and becoming dependent on the online validation they perceive they need.

CyberSafeIreland’s data shows that just under half of children aged eight and nine, and 83% of 12-year-olds were active on social media. Snapchat remains the most popular app used by a third of the participating 8-13 year olds and approximately a quarter of those surveyed used WhatsApp and Instagram. These findings, as the CSI report points out, present very challenging dilemmas for parents and teachers who, mindful of not wanting children to miss out on valuable digital opportunities, must navigate uncertain safety provisions, ill-suited platforms and limited resources for the teaching of good practices of digital literacy and cyber hygiene. 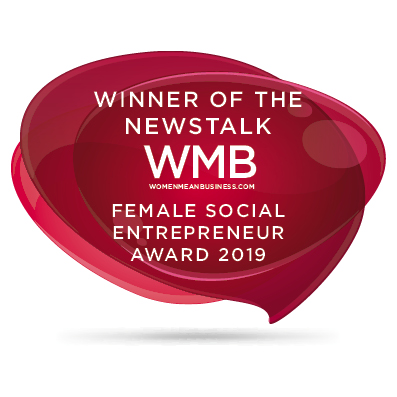 The takeover of the firm for which they...