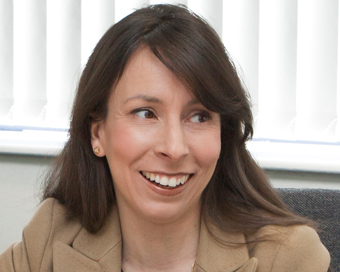 A report published recently by Irish Life into the value of pensions being accumulated by Irish women versus men, has found that a significant gender pension gap exists amongst Irish workers.

The Irish Life research, titled In Search of Pension Parity: Ireland’s Gender Pension Gap, analysed a host of potential causes of the gender pension gap. The research found that while there are no real material differences between the retirement planning of either gender, differences in salary and the duration of time spent in work throughout a career could lead to women retiring with pension pots worth €120,000 less than men.

The lack of pension parity means that a whole generation of women are set to enter retirement on a much poorer footing than their male counterparts.

Following on from the recent ESRI study on gender pension differentials, which referenced TILDA research data from 2010, the new report from Irish Life analyses current data, gathered during 2018-19, from the company’s defined contribution pension client base. The report highlights the need to address both financial and social issues so more women can retire with pension pots at the same level as men. Differences in salary throughout the working life of men and women, and variations in the duration of time spent in the workforce are both key determinants of the gap between pension plan values.

The research finds that while both men and women are making similar percentage contributions to their pensions (approximately 11% of salary including both employee and employer contributions and AVCs), that translates to a much smaller monetary contribution for women than men. This is driven by the difference in base salaries between the genders, which reaches its peak when men and women are in their early fifties.

The other major contributing factor is time spent in the workforce. European studies show that men spend seven years more in paid employment than women and Irish Life data shows that women are three times more likely to reduce their hours, which might suggest that more women are taking breaks or going part time to have/raise a family or to take on the role of carer. As pensions are largely tied to salary, time in paid employment is a significant factor when it comes to the gap.

The updated figures Irish Life receives each year as part of the annual renewal process for pension plans, show that average annual salary increases are still larger for men, though they are now growing for both genders at similar rates.

Teresa Kelly Oroz (pictured), Head of Public Policy & Governance, Irish Life, said: “We analysed 80,000 pension plan members across 1,400 pension schemes in March of this year. What our research highlights is that despite joining pension plans at roughly the same age as men, women are retiring considerably worse off than men. While there is much focus on the immediate damage of the gender pay gap, we are ignoring the fact that a generation of women are set to enter retirement on a much poorer footing than their male counterparts.”

“Men and women are joining pension plans around the same time and contributing similar percentages, they’re staying in their plans and following comparable investment strategies, yet the difference in final total is very dissimilar. Looking at those in our Direct Contribution (DC) schemes, we can see that women are likely to have pension pots of 22% less than men at retirement age. And this is quite a conservative figure compared to the European gender pension gap of 37.5%. What really exacerbates the issue is the fact that women live longer than men, which means they need to make their smaller pots last even longer.”

Other factors that impact on pension value which were analysed in the Irish Life data were the age of enrolment in a pension and the attitude to risk. In each case, there was found to be no material difference between men and women in how they plan for retirement.

– Regulatory solutions: Government legislation to provide a fairer system for women, with a progressive auto-enrolment policy. Specific tax measures to help bridge the gender pension gap by offsetting the knock-on effect of periods of unpaid leave on pension funds. Policies to allow equal labour market access, including the provision of childcare supports and long-term care services can play a key role.

– Corporate solutions: While statutory changes are likely a long way off in this regard in Ireland, companies operating in Ireland can do more to make changes to their corporate policies to help balance the burden of responsibility including paid maternity leave, enhanced paternity leave, corporate transitioning policies and commitments to diversity and inclusion.

Teresa Kelly Oroz, Irish Life, added: “The gender pension gap starts to widen when women reach their thirties, so pension plans need to cater to this. At Irish Life, we have solutions and services in place, which are available to trustees and employers, to allow women at that stage in life minimise the potential impact on pension funding. Employers need to create solutions for employees, so that they aren’t penalised for taking time off work. These solutions include support for new parents or employees while on parental leave and an online tool to make it easy for people to make one-off contributions into their pension plans. We’ve worked with some of our largest clients to help them introduce a flexible contribution scheme which aims to facilitate women taking time from the workforce for maternity or parental leave. We’ve now made it extremely easy for employers to match one-off employee contributions, in relevant schemes.”

Ireland has a Gender Pension...