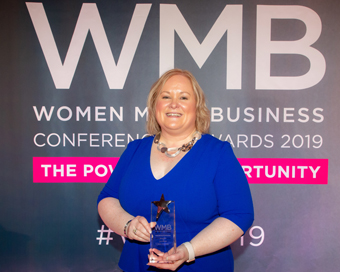 Galway native Lorna Martyn is a top executive at one of the world’s largest financial services firms – but the roots of her passion for tech stretch back to when she was 12, and the only girl on a summer coding course held in Eyre Square.

Lorna also sits on the board of Technology Ireland and is a member of the oversight committee for the government’s skills 2022 action plan. She holds a number of awards, the most recent being WMB Woman in Technology Award 2019, and is also a recipient of the ITAG Women in Technology Award 2016. Last year she was named on Silicon Republic’s Invent 100. And, as she is the first to acknowledge, she has her mother to thank for her stellar career in tech!

It all began one summer when Lorna, then aged 12 and the only girl in the family, complained about being bored. After spotting an advertisement in the Galway Advertiser for a two-week basic coding class being held by an IT graduate from NUI Galway, her mother signed her up: “Coding was very new but my mother was very clued in and she thought computers were the future.“I had an uncle working in the IT industry in the UK so maybe my mother had a frame of reference,” recalls Lorna who is the only daughter in a family of six children.

When she took her seat in the class of about a dozen students, she realised that she was the sole female in the group! “There were 11 boys in the class ­– and me which in itself was daunting but given that I grew up surrounded by brothers, it was probably a bit less so than it might have been,” she says now. “I started to learn how to write code and I really liked it. I was good at it. I was as good as, and better than the boys. “I remember being told by the instructor that I was extremely systematic. I looked the word up in the dictionary when I got home!”

“We had family friends whose son had a Commodore 64 and we used to go to their house and I would teach him what I had learned.” Her luck held, because when she began her second-level education in the Presentation Secondary School in Galway in the early 1980s, she discovered that the school had been chosen for participation in a pilot programme for mathematics and coding: “That brought me to the next step. This course gave me an opportunity to have time on a computer and to become familiar with it – and to practise and reinforce what I learned. From then on I knew that this was what I wanted to do!”

After graduating from UL with a BSc in Computer Systems in 1991 the then-21-year-old landed a job as a Trainee Programmer on Bank of Ireland’s Graduate Programme and started to write code on several finance systems. Within 18 months Martyn was leading a small team working in the area of Executive Information Systems. Her job was interesting and engaging, and involved a lot of travel around the Bank of Ireland network in this country. “The business aspect was always interesting for me,” she says, adding that she studied for a Master’s degree in Management Information Systems at the Smurfit Business School at UCD.

“It was about broadening myself out,” she recalls now. “I knew I wanted to understand more about management and strategy as well as technology and how it enables better business outcomes.” In 1998 she moved, as a consultant, to a Canadian telecommunications billing company based in Galway: “At the time the whole mobile industry was booming and I felt it would be a great time to move,” she recalls.

“My role was to work with different clients in the implementation of their billing products,” she explains, adding that she led a Product Team which was developing additional functionality. “It was my first taste of working with global teams – I was working with teams in Ireland, Canada and Australia as well as with clients all over Europe and Israel.” In 2004 she jumped ship to Fidelity Investments, a US multinational with what was then a relatively small presence in Ireland.

The company had offices in Dublin and Galway. Martyn joined the biggest provider of retirement solutions in the USA as a Common Services manager, in what she describes as “a very technologically focused role, working with teams to implement particularly product solutions for Fidelity.” Over the last 15 years, she has held some eight different leadership roles within the firm. Each involved leading large teams across different parts of the business, from working with asset management to enterprise infrastructure and R&D. On top of this, she spent a total of about 18 months in the US working on a number of major initiatives for the company in the area of its asset management sector.

In March 2017, Lorna took over as Head of Technology for Fidelity in Ireland, which was a Senior Vice President role. “I’m not as hands on as I used to be, but the spark I get from new tech and from learning about new tech is as strong as it was in my 12-year-old self,” she says. So, given the path she’s blazed in the sector since those early days in Eyre Square, it comes as no surprise to learn that an issue of significant concern to Martyn is the lack of women in tech.

“When I was in the University of Limerick it was 50-50 in the lecture hall in terms of girls and boys,” she recalls, but now, she says, if you look at the industry at large, women only make up about 30% of staff. “If you narrow that down to specific areas, such as tech in terms of engineering for example, it’s much lower.” Women now currently make up only about 10% of IT students at third level she points out.

The barriers to female engagement with the industry are very much the influencers, says Martyn.

She believes that teenagers’ career choices are often strongly influenced by parents, particularly mothers, who she believes can have a lack of understanding about the sheer galaxy of options and opportunities for girls in the tech sector. This may be partly down to pre-conceived and out-dated assumptions that tech is for “lone guys in hoodies, with earplugs, crouched over a keyboard,” she complains. This couldn’t be further from the truth – the tech industry she points out, is made up of teams of people, and for someone straight out of college, the salary is generous:“If you’re on our graduate programme straight out of college we’ll train you at a starting salary of €36,000,” she observes. Once a graduate has completed the programme, she says, the sky’s the limit in terms of career opportunities and pay: “It’s really down to aptitude and attitude,” she declares.

The other significant influencer in terms of second-level students is the career guidance teacher, she says. “Last year the Department of Education launched a pilot computer science course for the Leaving Cert in 40 schools around the country. “We in Fidelity saw this as a great opportunity to partner with a school in order to demonstrate the opportunities to career guidance teachers, parents and students.”

The firm saw the course as a chance to educate parents and career guidance teachers about the sector she says: “We have partnered with one school (Scoil Bhríde Secondary School in Tuam) to help them with the programme, from providing expertise, to offering talks by some of our female tech workers who could potentially inspire students by providing much-needed female role models.

The company also invites students, both from Scoil Bhríde and others onto its campus: “It’s very much about giving students exposure to what a tech environment looks like so that they will have an opportunity to meet people like them,” she explains adding that the initiative will hopefully to inspire some students to consider a career in tech.  “I would like girls to consider a role in tech rather than rule it out until they learn a bit about it and seek out a role model. And she warns: “The future of work is in jobs that have not been invented yet – and most of those jobs are at the very least, technology-enabled.” 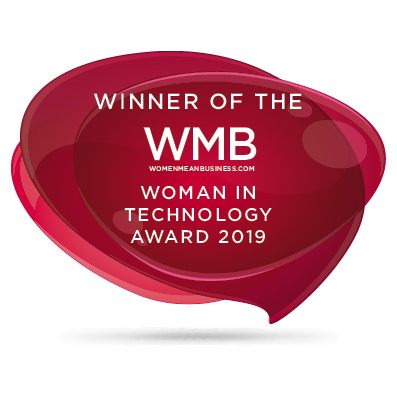 The online grooming of children by sexual...