A busy month ahead for Nova Leah! 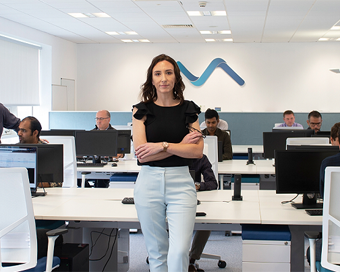 CEO and Founder of Nova Leah, Anita Finnegan, spoke of Nova Leah’s nominations.  “We are incredibly honoured and humbled by the recognition Nova Leah has garnered. It’s a reflection of genuine commitment and effort from everyone in the company. As well as the nominations, Nova Leah has also been recognised at the Business All-Star Awards which will cap off a remarkable month for the company.

Our team is expanding rapidly. We are on track to have 30 people at our Irish HQ by the end of the year, with further expansion to our US salesforce planned for next year.

Technology is driving innovation within the medical device industry. There are a number of companies leading the way internationally, it’s exciting to be counted among them.”

Nova Leah’s multiple nominations come only a month after it was announced that it had achieved a double industry standard certification. Nova Leah achieved certification to ISO 9001 in recognition of its commitment to quality management systems and ISO 27001 for information security management. Given the company’s focus on regulation and compliance, these certifications are substantial milestones, especially as it expands internationally.

Queen’s has retained its Institutional...