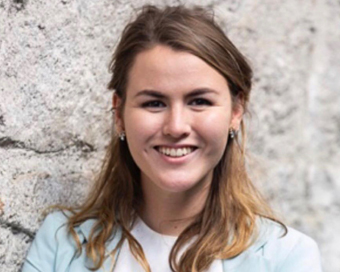 The Irish-founded personal mental wellness app, KeepAppy launched its crowd-funding campaign on Kickstarter today, Tuesday 16th July.  Designed to empower users to take control of their mental wellbeing, KeepAppy enables people to track all of the vitals that most impact on their wellbeing, increase self-awareness and engage in positive behaviour practices. With eight different features, KeepAppy is a complete wellness toolkit which allows the user to choose whichever technique suits them best.

The World Health Organisation reports that 1 in 4 people will experience mental illness in their lives yet two thirds will never seek professional care or do anything about it. Coupled with the stigma surrounding mental illness or ‘unwellness’, the lack of knowledge and awareness about wellbeing techniques has led to a subsequent lack of access to wellness.

The cornerstone of KeepAppy is on being functional, approachable and accessible for everyone and is targeted towards Gen Z and millennials who are smartphone oriented and have a high level of wellness awareness. At the heart of KeepAppy is its co-founder and CEO, Aimée Louise Carton. Aimée is a young entrepreneur who has experienced mental illness firsthand. From Borderline Personality Disorder to PTSD, Aimée has suffered extreme suicidal ideation and almost attempted to take her life.

During her recovery, as a millennial, she wanted to practice different wellness techniques on her phone, however the only options she could find were meditation focused. KeepAppy addresses that gap in the market by creating an alternative digital preventative wellness toolkit which users can access safely.

Speaking about the launch of KeepAppy’s Kickstarter campaign, Aimée-Louise Carton commented: “We’re delighted to finally launch our Kickstarter campaign today! KeepAppy has been thoughtfully created with a mission to make mental wellness more accessible for everyone. We’re looking forward to collaborating with our partners from around the world who are coming on board with us on this journey to create our wellness toolkit. We’re hoping to continue to expand and grow KeepAppy through the Kickstarter campaign, and we’re so excited to watch KeepAppy evolve and positively change people’s minds about mental wellbeing!”

KeepAppy’s Kickstarter campaign will run from the 16th July – 16th August and has a funding target of €27,590. You can Link to the Kickstarter Campaign here>>

A Taste for Talent at Bord Bia