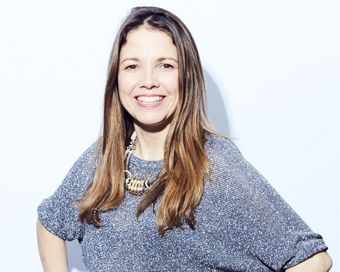 Beauty brand Dove is leading an exciting new campaign to break stereotypes of women by replacing the standard imagery we see across media and advertising with more diverse representations.

A collaboration between Dove, stock image agency Getty Images and Girlgaze – a global network of 200,000 women and non-binary creatives – aims to challenge harmful stereotypes with the creation of a stock image bank for use by media and advertising outlets.

Sophie Galvani (pictured above) is at the helm of the #ShowUs campaign. She took up the role of Global Brand Vice President of Dove four years ago having worked with Unilever for 23 years in marketing roles, across food brands including Oxo and Magnum ice-cream.

The new project by the brand known for its groundbreaking ‘Real Beauty’ campaign aims to shatter limiting stereotypes of women by providing more diverse and inclusive images.

Referring to recent Dove research which found that 70% of women don’t feel represented by the imagery they see in media and advertising, Sophie says “those images represent a very narrow view of how women both look and how they are and the kind of the roles that they play today.”

She says that the #ShowUs project came from a realisation that more action needs to be taken at a societal level to make systemic change.

Sophie and her team decided to go to the source of the issue: the stock banks where media outlets and advertising agencies go to find an image of, for example, a ‘beautiful woman’ or ‘businesswoman”.

The #ShowUs campaign is running in 39 countries and the stock image bank contains 6,000 photographs so far. Sophie Galvani says Dove identified the prevailing stereotypes in each market with the purpose of challenging those portrayals.

Ensuring inclusion of a broad range of diverse representations of women across cultures and industries, the photographers from Girlgaze were asked to choose their own subjects.

Dove is also inviting women around the world to share their images to become part of the #ShowUs photo library.

An empowering aspect of the campaign is that the women in the images can choose how they want to be described. Each photograph in the #ShowUs stock bank is self-tagged using identifiers such as “professional woman” or “sexy” or “businesswoman” or “sportswoman”.

As pioneers of realistic beauty standards in the industry, Sophie says Dove is delighted that other companies are following their lead. “We’re really happy that other brands have come into this space because we can’t do it alone.”

She recognises how powerful the ‘Real Beauty’ campaign was at shifting public perceptions. She recalls walking through London’s Oxford Circus Tube Station and being “blown away” by the women on the billboards.

According to Sophie, this new campaign is far from being tokenistic but rather it is a continuation of Dove’s mission to empower women and implement deep and lasting change.

In 2004, following on from Real Beauty, Dove set up the Self-Esteem Project which runs educational programmes, providing tools for parents, teachers and youth leaders – including a partnership with the World Association of Girl Guides and Girl Scouts – to promote positive body confidence in teenage girls and young women. Dove estimates that by 2020 it will have helped 40 million young people.

The aim of that project is to open up a new frontier for women and to help them feel represented at a deeper level, Sophie says.

The Real Beauty campaign took place in the early days of social media. So how important are campaigns like #ShowUs in the era of Instagram?

Sophie sees the need for more work in this area. To this end last year Dove introduced its “No Digital Distortion” label which guarantees that none of the images used across its advertising campaigns have been digitally airbrushed. “The women look as they do in real life,” Sophie declares. And while some may think beauty is a trivial issue, research shows that negative body image holds women back across all areas of their lives. Body confidence touches every aspect of a woman’s life, whether it be social, professional and personal and leaves a lasting impact. How a woman sees herself determines her sense of self-worth and her performance in her career.

The Dove study also found that women wanted media and advertisers to do a better job of portraying women with physical diversity with two-thirds saying they believe that current images are limited in terms of body shapes and sizes.

“We know that women don’t participate fully in social events. It affects their health, they are less likely to want to go to the doctor because of these issues. The effect of this is profound on not only these women but also the next generation of women.”

Sophie acknowledges that “it’s super important that we show women and young girls a broader view not only of appearance of women, but also the roles that women play.”

Dove is working with Getty Images to ensure that the images are commercially viable so that companies will buy them because as Sophie points out there’s no point in creating something that agencies don’t want to use.

“The idea is that advertisers and media go onto the Getty Images website and click into this collection. When they click in ‘beautiful women’ or ‘women in business’, they will get a completely different and diverse view of women around the world today.”

As part of its overall commitment to female equality, Unilever is signed up to the UN Women’s Unstereotype Alliance which confronts stereotypes of women not only appearance but also in the roles in which they’re portrayed.

Sophie touches on the personal side of it in terms of wanting younger generations of women to fulfil their full potential. She refers to the experience of her 11-year-old daughter.

“I see her growing up in a world that’s saturated with imagery. I think it’s really important that we know we need to be responsible in creating diverse imagery for our daughters so that they can see themselves in diverse roles in life.”

The #ShowUs initiative is not a one-off project. The campaign is ongoing and 10% of the license costs go back into the project enabling the bank to keep growing. “It’s not a static thing. It’s a business model to keep building in the future.”

Commenting on the wider implications of body image for women in the context of movements such as MeToo and the gender pay gap, Sophie believes that: “Everything we do is about laddering back up to make beauty as an industry an inclusive experience and a joy for all women. We don’t want women to feel held back. That’s our mission and everything we do is lined up to that mission.” 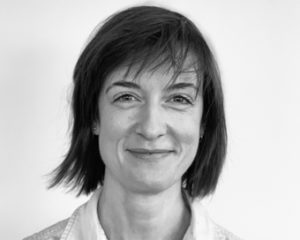 Kate Rourke – an example of the imagery available on Getty Images through the #ShowUs initiative. 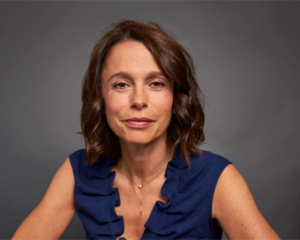 Anne Boussarie – an example of the imagery available on Getty Images through the #ShowUs initiative. 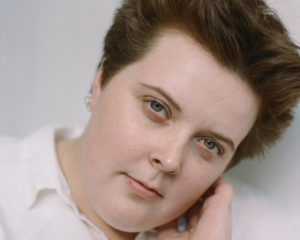 Sophie Mayanne – an example of the imagery available on Getty Images through the #ShowUs initiative. 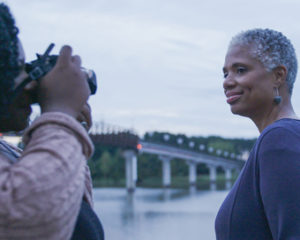 A ‘behind the scenes’ shoot by Girlgaze for the #ShowUs initiative.

A charter to promote gender equality in the...

A Need for Change!