Having it All – Be careful what you wish for! 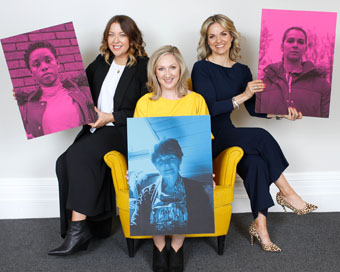 JWT Folk has released a global study ‘Female Tribes’ which reveals that the women of Ireland are exhausted by the quest to “have it all”.

The Award winning advertising agency’s global study gives an unrivalled understanding of women in Ireland and throughout the world. It reveals that there is a general view that it has never been a better time to be a woman in Ireland, but the reality is that Irish women are still dealing with major issues. Some of the macro themes that have emerged from the report highlight the main challenges women face: low self-esteem, gender bias in the workplace and the importance of financial independence.

Some other stats from the report highlight the following:

•62% believe that making money and being financially independent should remain a priority throughout a woman’s life.

•77% worry about money but the good news is that they attack this head on with 74% claiming they budget and plan for the future and 83% manage their credit rating responsibly.

•34% admitted they spend more than they earn and a massive 65% agree that they will always have to watch their spending and they will never be financially ahead.

•36% of Irish women believe being happy with their body image is one of their biggest challenges, 12% higher than their global peers.

Speaking about the launch of the new report, CEO of JWT Folk, Abi Moran says: “There is a general view that it has never been a better time to be a woman in Ireland, but the reality is that Irish women are still dealing with some major challenges. They are working tirelessly in their quest to have it all. The Female Tribes research shows that Irish women are working hard to achieve their goals and although it has never been a better time to be a woman, there is more to do. At JWT Folk we are passionate about impacting culture and by understanding the reality of the female narrative as brands, people and businesses we have the opportunity to impact female culture and accelerate the rate of change. We have a responsibility in the advertising industry to represent, understand and celebrate what it actually means to be a woman living in Ireland today.”

Female Tribes is a J.Walter Thompson Company proprietary insight study about women around the world. This living study, conducted globally, gives JWT Folk, the most insight, knowledge and research about the largest consumer category in the world: women.

Stress Awareness in the...

According to Morgan McKinley's recent...