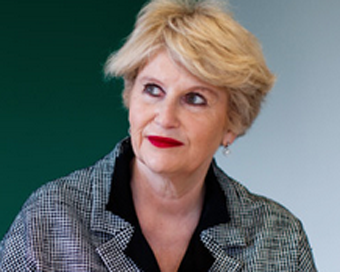 The Institute of Directors (IoD) is a dynamic network with 3,000 members drawn from companies large and small in the private, public and not-for-profit sectors. It’s vision is to be the leading authority on, and influencer of, good corporate governance standards in Ireland for directors and boards; and a dynamic and relevant membership body for directors and senior business leaders.  To this end, the Institute has just released preliminary results of the ‘Diversity in the Boardroom 2019 – Are we Making Progress?’ survey.

According to IoD Ireland CEO, Maura Quinn “Board diversity is not just ‘a nice to have’, it’s about being commercially effective. It allows the best mix of skills and expertise to be harnessed to drive longterm shareholder value and business growth.”

From the initial survey results, there has been an increase in support for gender targets at board level among business leaders in Ireland over the past two years. The survey also reveals that 23% of the respondents said that there is less than 10% of women on the boards of which they sit. When asked if they thought this percentage had increased in the past two years, 59% said that it had not.

This release compares the 2019 results with those of a similar one conducted by the IoD Ireland two years earlier.

The survey found that:

39% of respondents believe that gender targets rather than mandatory quotas should be introduced to increase the number of women on boards, an increase of 7% on the 2017 survey findings (32% in 2017).

The survey also reveals that 17% of respondents believe that gender quotas are the most effective way to increase the number of women on boards (this was 18% in 2017).

Maura Quinn commented that “While there is now greater awareness of the imperative for gender diversity on boards, nothing substantially has changed in the composition of boards over the last two years. It appears this lack of progress has resulted in an increased call for gender targets and we must heed this call to ensure there is real traction on this issue in the future.”

The report also finds that:

Collectively, men and women see unconscious bias as still the main barrier that women face when being appointed to boards, and this has increased by 11%, from 32% in 2017 to 43% in 2019.

While male respondents cite the ‘lack of a large enough pool of suitably qualified candidates’ as the main reason, down from 44% in 2017 to 41% in 2019.

Maura Quinn said: “Inclusion is a key precursor to diversity. So it’s critical that the corporate culture, a core responsibility of the board, helps to drive initiatives, such as coaching and mentoring, to encourage change throughout the organisation in an equitable way. Any gaps, biases and discriminatory behaviour – unconscious or not – can then be identified and addressed.”

She added: “It’s also about creating a culture where women feel they can have the same access to opportunities as men, and so in turn can take their seat in the boardroom.”

The ‘Diversity in the Boardroom 2019 – Are we Making Progress?’ survey was completed by 381 directors and business leaders (60% male, 40% female), who are members of the IoD Ireland. In addition, 84% of the respondents are current board members, with the remaining in senior executive roles.

Last week Google announced the launch of a...

A charter to promote gender equality in the...