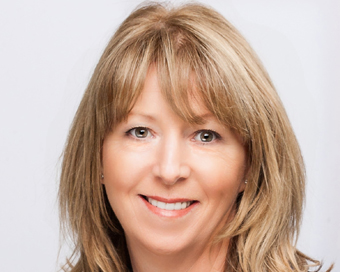 With 2,000 employees of 70 nationalities speaking more than 34 languages at its futuristic new HQ in Leopardstown, it’s abundantly clear that an emphasis on diversity and inclusion is woven into everything Microsoft does.

In fact Microsoft’s Inside Sales Director UK, Christine Barrett is a Women Mean Business Ambassador, an initiative specifically designed to highlight the role models who champion diversity across the work space.

Diversity and inclusion, as Christine observes, is “woven into our world culture.” Therefore, if, as it sets out in its Mission Statement, the company really does want to empower every individual and organisation on the planet, they have to be represented in the Microsoft organisation: “So it’s a very diverse organisation and place of work. Therefore, creating an inclusive culture and environment in the workforce is crucial for enabling Microsoft Ireland’s growth mindset and for driving our work culture,” explains Christine, who won the WMB Boots WMB Empowering Women Award 2018.

Creating a diversion-inclusive environment for the diverse workforce at One Microsoft Place, she says, means unblocking opportunity and diversity in the work environment. To this end, the company has implemented a number of initiatives which includes expanding its hiring policy, providing six weeks paternity leave for men and running unconscious bias training, which, as Christine says, aims to “equip our colleagues with insights around other people, for example, gender, culture, sexual orientation, age.”

A major issue for the company is promoting women in STEM: “Our inaugural Hopper local Dublin event in February showcased leading women in tech who were able to share what they did; their achievements and innovation. “It was about showcasing both amazing women in tech and what they were doing to create our digital future,” she says, adding that leaders spoke on everything from Artificial Intelligence to Machine Learning, Software Engineering and Data Science:“It demonstrated how women were pushing the boundaries of what is possible. “It was about showing women the possibilities and opportunities to build meaningful careers in the tech sector,” she said.

Microsoft, she adds, also hosts a community for female coders with the aim of exploring ways to promote gender diversity in the engineering field. Such initiatives are badly needed in today’s world – and from the roots up: “We find that even though girls are interested in tech, their interest in STEM starts to fall off from about age 15 and we believe this is limiting their career opportunities and life choices,” worries Christine.

She points to recent – and depressing – research by the European Commission, which revealed that a miserly 24 out of every 1,000 female graduates has an ICT-related subject in their degree. Even worse, it found that out of that number just six go on to work in the digital sector.  “Just 30% of the European ICT workforce is women, a figure which is staggeringly low,” says Christine, who points to the company’s commitment to do its bit with regard to attracting young women into promising careers in the industry.

Using the special innovative DreamSpace at its state-of-the-art HQ, (which, by the way also features an LED waterfall and digital lake as well as an indoor ‘mountain’) , the company has committed to enabling 10,000 girls to engage with technology over the next few years:
“We have a special area called The DreamSpace, which is where people get to play with tech and demystify technology,” says Christine. Schools regularly visit she says, and students soon realise that IT is not just for geeks: “It’s very important for everything we do,” she says adding that people use the tech in the DreamSpace to problem solve and create: “Remember,” she advises, “art and design is now very tech based.”

The company has also created a Pop Up DreamSpace which it transports to different regions on the country, more recently Donegal: “We bring our DreamSpace to boys and girls but we focus strong on girls schools, so as to enable girls to develop the critical, collaborative, problem solving and self-learning skills that are essential to becoming comfortable in the tech space.”

“Our aim is to reach out to the community with a view to showing people what tech can do and attract the ICT employees of the future.”

As part of our WMB Gender Diversity...