Have we Reached a Tipping Point? 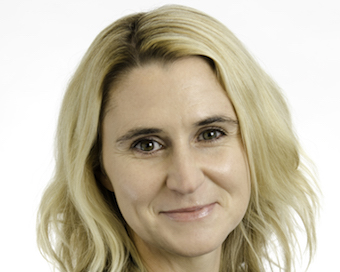 The movement towards gender parity has reached a significant milestone.

One of the key findings of EY’s annual D&I report was that the gender composition of boards across the island of Ireland has exceeded 30% female representation. The achievement was welcomed at the annual EY Diversity & Inclusion InMotion Summit held today [Thurs] in Dublin.

Commenting on the milestone, Olivia McEvoy, Director of Diversity & Inclusion Advisory Service at EY Ireland (pictured), told WMB that it’s important to “celebrate those small victories” because this one “has been a long time coming.”

She noted that while the figure is still a way off gender balance, it’s significant as a tipping point. “It is enough to create a difference and provide that extra voice and that different perspective.”

More than 150 C-Suite leaders of companies across various sectors and sizes contributed to the report. It found while all organisations understand that diversity and inclusion is vital to business performance, just 16% are measuring the impact of D&I on indicators such as sales revenue, team performance and profitability.

That lack of measurement may help to explain the chasm between the importance companies say they attach to D&I versus what translates into action, Olivia McEvoy told attendees at the event. “We all know that what gets measured, gets done.”

“If it’s not being measured then how can it compete in a sea of business priorities where it is easy to get distracted by business as usual,” she told WMB earlier.

Speaking at the summit, Olivia McEvoy highlighted that diversity is “fluid” and “not something that can be ‘achieved’ and forgotten about.”

But is gender equality actually achievable? That question was the focus of a panel session “Gender Gap or Dream Gap? A C-suite perspective” which discussed whether gender parity was a realistic goal.

The topic arose in the report which highlighted that while more than eight in ten (83%) respondents said their organisation aspires to gender equality, 13% explicitly said they do not.

Companies say that they understand the business benefits of D&I strategies, but the reality is that the advantage across organisations and sectors tend to vary. However, the area that galvanises every company and that’s common to all organisations is talent acquisition and retention, Olivia McEvoy said.

“The war on talent in Ireland and globally tends to be a really big driver for organisations in terms of investing in the time and resources in diversity and inclusion.”

Investment is crucial, but disappointingly, 31% of companies invest zero into D&I. “There’s a difference between knowing that, aspiring to that, believing that and doing something about it,” she told WMB.

“Change won’t happen by osmosis or by chance. Like anything else in terms of business planning, it has to be a priority and has to be invested in.”

Just over one third (35%) of organisations have taken the appropriate measures to address the causes of disparity. Olivia McEvoy believes a “stick, as well as a carrot”, is needed to drive change.

A key finding from the report is that almost six in 10 (59%) of respondents favour regulation to drive diversity and inclusion – a 10% rise since 2018.

The report’s publication comes as a gender pay gap Bill was presented to the Dáil this week. The new law will oblige public and private companies with over 250 employees to publish their data on the pay gap.

Currently, 60% of companies say they are transparent about what their D&I goals and targets are. Olivia McEvoy is hopeful that the new laws will boost that figure.

Greater transparency will benefit companies with regard to attracting talent; in particular, the millennial cohort who choose to work for organisations with clear D&I goals and objectives.

While the changes happening at board level are encouraging, she said, measurement and monitoring of progress needs to begin earlier. “We need to look at middle management, at the pipeline, at who’s coming in in terms of the hiring. Who is the organisation attracting and who are they recruiting.”

The “big game-changer” is accountability. Referring to the EY report which found that just 23% of senior leadership are being held accountable for implementing D&I strategies, she said that if it’s part of the performance management and reward systems, it’s much more likely to happen.

A Passion for Paint!

Paint is very much in my blood. My parents...

Having led change and driven transformation...