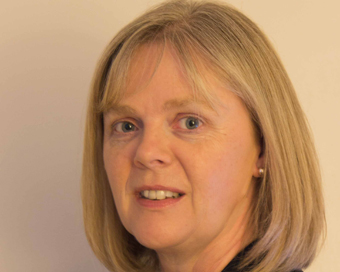 Having led change and driven transformation in the “people space” at AIB over almost four decades, as Gillian Harford approaches retirement, she says her role as Country Executive of the 30% Club in Ireland is a great way for her to transition out of one life into another.

The 30% Club, a voluntary-run global campaign, consisting of CEOs and chairs of medium to large companies committed to greater diversity balance at senior levels, started in Ireland in 2015. It recently signed up its 235th member. Gillian Harford says the Irish chapter represents the voices of tens of thousands of employees.

Having started in AIB in a business role, she moved into HR early on. “I liked it ­­– the challenge and the excitement. There is a perception that HR can be a ‘fluffy’ type job, but when it’s done well in a large organisation, it’s all about transformation, change, challenge and opportunity.”

As head of HR strategy and planning with AIB, she was focused on culture, agile working, diversity, and career systems. Under her leadership, the bank rolled out a program called “Minding the Gap,” which introduced initiatives such as paid paternity leave, ‘keep in touch days’ for women on maternity leave and supports for employees going through IVF.

She says the programme was about looking at how modern organisations can help to “look after its people much better in terms of integrating family absences and careers.”

While a view exists that it’s easier for big organisations to implement these programmes than it is for smaller companies, she says AIB has been a model of how SMEs can approach diversity. As the bank has over 200 locations around Ireland, each one is almost like a small company. While she acknowledges that smaller organisations can find it more challenging “there’s also an advantage because you know your people so well.”

She adds that many micro-organisations are good examples of diversity because gender matters less than talent and enthusiasm.

Gillian Harford explains that the 30% Club prefers to use the term “agile working” rather than flexible working which tends to be associated with part-time workers and a view that they are less committed than their full-time counterparts. Agile working is about choice and opportunity and “less about where you go and the time you do, and more about the work you do and how you get it done.”

Referring to recent research by the 30% Club Ireland across the financial services industry into policies that helped career enablement, she says agile working was the preferred choice for both men and women.

Organisations represented by the 30% Club have clear diversity plans in place while some take it a step further and publicly set diversity targets and comment on their progress. We have seen CEOs talk publicly about the business benefits, she says. “Not just because it’s a good social thing to do. It’s integral to the customer experience and the employee experience. And ultimately a recognition that businesses that have a greater diversity of thought in their decision-making are better performing businesses.”

Having lobbied for a government review of gender balance, she says the 30% Club was delighted at the announcement by Taoiseach Leo Varadkar last year of the Balance for Better Business review which will be headed by Bríd Horan, and Gary Kennedy, both founding members of the 30% Club.

She sees a lack of a coordinated approach to drive diversity in Ireland as a lost opportunity. “Ireland lags behind its European counterparts. We have such a positive reputation in terms of diverse progress so it would be fantastic to see that reflected at a business level.”

“We focus on gender in the 30% Club because it’s hard to move on to other forms of diversity when you haven’t tackled the most obvious one. Once you focus on gender as a first step, it becomes a natural transition into much broader diversity and inclusion.”

Commenting on a recent EY report that female representation at board level in Ireland had passed 30%, Gillian Harford says the reality across Irish business is that gender representation is still not where it should be. She refers to figures from the European Institute for Gender Equality which show that women in 2018 hold only 18.1% of ISEQ 20 directorships.

She believes that if we were to get to the point of 30% “it would start to change the dial at so many other levels across Irish industry, education and political life.”

Change at leadership level across large companies will start a “domino effect,” she says. “We do see a huge opportunity that if things change at a corporate level it does drift out to the public sector, and influence policy because none of the factors operate in isolation.”

“So if the corporate world changes, policy changes, recruitment needs change, which leads to changes in education.”

She says the tech industry is a committed advocate of the diversity agenda and Tech Summit in Cork is an excellent example of where companies which compete against each other come together to collaborate on topics such as diversity. Gillian will be speaking on this topic at Tech Summit 2019 hosted by it@cork on 9th May.  You can find out more here>>

Have we Reached a Tipping...

The movement towards gender parity has...

Getting to the Heart of the...

It’s one hell of a journey from having a...