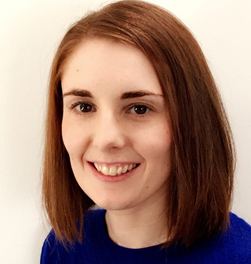 As part of a restructuring plan that is being implemented, Emer Ní Ghabhnáin has been appointed Director of Finance & Administration and Trevor Ó Clochartaigh is to become Director of Operations and Human Resources.

Emer is currently TG4’s Financial Controller and is a fully qualified accountant. She previously worked as a Financial Manager for Alere (now known as Abbott) and was an auditor with Deloitte. She is a native of Indreabhán, in Connemara.

As Director of Finance & Administration she will have responsibility for financial control and business development in the organisation.

Announcing the appointments recently, TG4 Director General, Alan Esslemont also confirmed that Lís Ní Dhálaigh’s Senior Management role is to be expanded to that of Director of Development, Marketing and Partnerships and she will be responsible for strengthening all of the engagements between TG4 and its external stakeholders

The two new Directors will be taking up their positions as Mary Uí Chadhain, who has provided a sterling service for many years at TG4, steps down from her role as Director of Finance, Business and Administration.

The Rubicon Centre at Cork Institute of...

WeddingDates, the go-to platform for engaged...