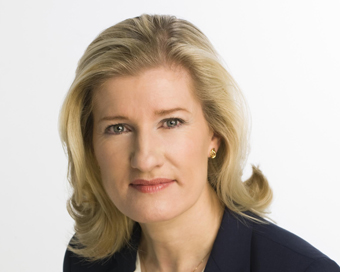 Optimism among Irish companies is the weakest in almost eight years according to the latest AIB Ireland Business Activity Insight Report, with sentiment around profits, employment and investment lower than reported in October 2018 as uncertainty around Brexit continues.

The AIB Ireland Business Activity Insight Report uses percentage net balances varying between -100 and 100 to indicate the degree of optimism or pessimism. Weaker expectations for business activity are set to weigh on Irish businesses’ ability to maintain profitability in 2019, with a net balance +17% of Irish businesses surveyed expecting profits to increase over the next 12 months – the lowest level since June 2011. Further impacting profits, a net balance +35% of Irish businesses expect non staff costs to rise well above global averages, with only companies in Brazil expecting a stronger increase in non-staff costs.

Despite the growing uncertainly among Irish businesses, only 54% have done ‘some investigating’ into planning for Brexit.  Still, only 16% of Irish manufacturing & services companies have a written Brexit plan in place despite the looming deadline. However, the results also reveal that Irish businesses have prepared to a similar extent to counterparts in the United Kingdom and more than those in Germany.

Speaking about the results of the survey, Catherine Moroney, Head of Business Banking at AIB (pictured) said “The business activity survey was conducted during a period of intensified uncertainty due to Brexit, and although sentiment overall is lower than October 2018, it is still in positive territory. Expectations around the performance of the Irish economy, which will lead to increased staffing requirements and capital investment, are supporting positive sentiment. Whereas cost inflation, lower profits and lack of clarity regarding the impact of Brexit and global trade wars means businesses are more cautious on outlook. This is consistent with the AIB Brexit Sentiment Index for Q4 2018, which shows overall sentiment across Republic of Ireland businesses registering a gap score of -41.

“In this survey we see the composite business sentiment drop sharply for ‘profits’ outlook (+33 to +17) and ‘price’ outlook (+44 to +29), demonstrating companies’ real concern about what may materialise and impact their business. ‘Brexit impact on suppliers’ was a verbatim concern from a Manufacturing business and increased exchange rate volatility was another concern cited.

“Notwithstanding these potential headwinds, Irish businesses are still more optimistic than their European counterparts and positive overall in their outlook.”

The AIB Ireland Business Activity Insight report is based on surveys conducted by HIS Markit among 650 businesses in the manufacturing and services sectors in the Republic of Ireland between the 12th and 25th February 2019.

Crowe, one of Ireland’s leading...

IPG Mediabrands Ireland has announced the...