Can’t See The Forest for the Trees 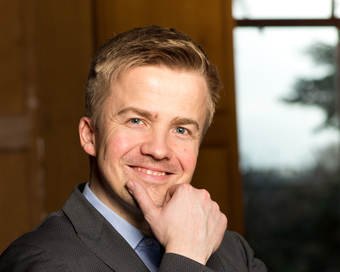 Big efforts have been made in recent years to improve gender balance in boardrooms and there is still much progress to be made – but what about gender balance at executive level, or senior management?

In initial findings, a new study of ‘Executive Gender Diversity’ has found that two in very three top firms listed in Amercia’s S&P 500 have less women among their top executives than on the board. While one in six did not have any female executives at all.

The findings will come as a sharp disappointment to campaigners for gender balance in the workplace. The authors of the report are UCD-based Professor Andreas G. F. Hoepner, Professor Alexander Bassen, member of the German Sustainability Council advising Chancellor Angela Merkel, Katharina Hoepner and Banhishikha Chakraborty, a UK-based financial data scientist.

The report, called ‘Can’t see the Forest for the Trees? Exploring Top Executive Gender Diversity among S&P 500 firms’, analysed the percentage of women among the full group of top executives, as reported to the US regulator.

The authors manually collected the data initially for 2018 S&P 500 firms and compared it to the percentage of women on boards as reported by Bloomberg.

Among the main findings are:

Companies, on average, reported just over 10 executives to the US regulator – the SEC but only provide detailed information on salary and other details for five executives

More than one in six firms does not report any females executives at all to the SEC. The ‘Household Durables’ and ‘Life Sciences’ sectors are doing particularly badly from an executive gender diversity perspective, as their median firm has zero female top execs.

More generally, less than 1 in 4 firms has more than a quarter of female executives (i.e. more than 75% of the firms have 25% or less female top execs).

On a positive note, there are a few firms such as Tiffany & Co. which have more than 40% female top execs but these represent less than 5% of all S&P 500 firms.

“Having just been appointed to the role of Vice Principal for Equality, Diversity and Inclusion (EDI) at UCD’s College of Business, I am very much looking forward to the opportunity for academics like me to make a real world impact on this very important topic, via the collection of accurate data, the communication of our research and the education of future generations. Everyone’s sister and daughter should enjoy equal opportunities to their brother and son.”

An international consortium led by Dublin...