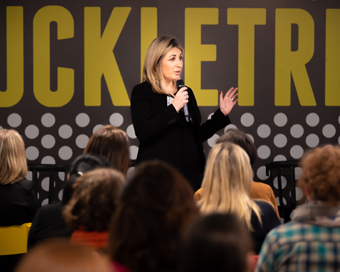 Investors who overlook women-led startups are missing out on significant business opportunities.

This was one of the themes discussed at the Women Funding Women event, part of a global series, hosted by the Dell Women’s Entrepreneur Network (DWEN) in association with Springboard Enterprises, in Dublin this week.

Among the speakers were Aisling Keegan (main picture), Vice President and General Manager of Dell EMC Ireland and Northern Ireland, and WMB Businesswoman of the Year 2018; Niamh Bushnell, CEO and founder of TechIreland; and Aisling Teillard, of Tandem HR, a WMB Award finalist in 2017.

Ingrid Devin, Director of Dell Women’s Entrepreneur Network, told the event that there is “huge opportunity” to foster a new generation of female business leaders.

Citing figures from the 2018 Global Entrepreneurship Monitor (GEM) that women in Ireland rank eighth in Europe for early-stage entrepreneurial activity, she said that “to unlock Ireland’s growth potential, it is critical that we harness diverse perspectives and experiences that help to spark innovation.”

Women’s entrepreneurship rates rose globally by 13% in 2017, according to GEM. In the same year, 9,800 women set up new businesses in Ireland. However, despite a vibrant startup scene here, female founders are lagging behind men when it comes to financial backing. The Dell Women Entrepreneur Cities Index ranked Dublin 34th out of a total of 50 cities in 2018, with access to capital identified as one of the main barriers to the growth of women-led businesses.

However, research consistently shows that gender diversity in the founding team is good for business with women-led startups more profitable than those with men-only founding teams.

Addressing the event, Niamh Bushnell said supporting and investing in female founders is not just a “nice to have” but an often overlooked investment opportunity.

She referred to recent research by the Boston Consulting Group and MassChallenge which found that venture capital funds in the United States could have made an additional $85m over five years if they’d invested equally in female and male-founded start-ups.

Despite previous growth in female founder venture capital funding, progress in the US stalled last year: 2018’s 2.2% was the same as 2017, according to data from PitchBook, just $1.9billion of a total of $85bn. Where women did secure funding, the average size of the pot was significantly smaller: in 2017 just over $5 million compared with just under $12 million for a male-led company.

So how can investors be encouraged to back female entrepreneurs? One way is by changing the culture around investing in women. Niamh Bushnell previously told WMB Magazine that the women surveyed TechIreland’s campaign didn’t feel that “supporting female founders was yet a normal and well-accepted part of the culture of doing business in Ireland.”

Speaking to WMB before the event, Amy Millman of Springboard Enterprises, a moderator at the event, said “familiarity breeds results. The more women are introduced to the opportunity and process of both running a company and investing in one, the more women will choose these career paths, and we will all be better off for it.”

She co-founded Springboard Enterprises with Kay Koplovitz in 2000 following their experience leading a US government commission tasked with improving access to capital for female entrepreneurs. Since then they have connected thousands of women entrepreneurs with investors.

One way of fostering a culture of sisterhood where women investors are inspired to support companies owned by women is by “demystifying the process by which the transaction takes place and engaging more women in groups that invest together,” Amy Millman suggested.

Initiatives that actively encourage women to invest in women such as HBAN’s, (Halo Business Angel Network) goal of increasing its women angels by 50 over three years, can drive change too.

Anita Finnegan, founder and CEO of Nova Leah, and a WMB award finalist in 2017 told attendees that partnerships with investors including Kernel Capital have been key to her company’s success to date.

“Increased capital has not only enabled us to develop our portfolio of solutions; it has empowered us to move one step closer to becoming the number one provider of cybersecurity compliance solutions for the connected medical device industry.”

She hopes that her story can encourage other budding businesswomen to seek out investment opportunities. 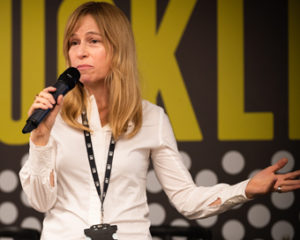 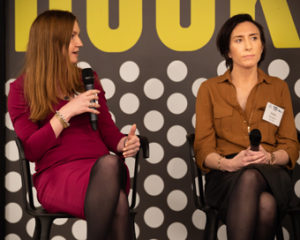 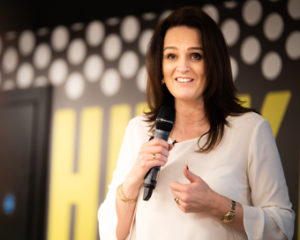 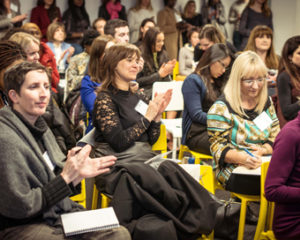 As industries such as engineering, tech and...