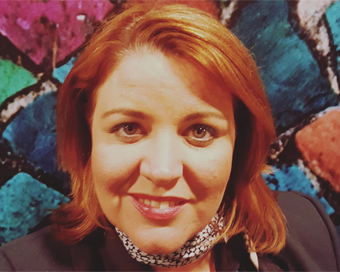 The number of older women becoming mothers for the first time is growing around the world. As pregnancy rates in Ireland and the UK fall across most age groups, births to over-40s mothers have more than doubled in the past 25 years. Almost 7% of babies born here in 2017 were to women over 40. This represents a 63% rise in a decade; up from 2,566 to 4,175 of 60,000-plus births annually.

As the trend continues, government policy is failing to keep up. Recruitment professionals claim that the cost of childcare in Ireland is pushing women out of the workforce. Recent research found the average weekly cost for Irish parents is €155 per week or €622 per month; the cost has been likened to a “second mortgage”.

Similarly, a separate study comparing childcare affordability in the OECD found Irish families were spending almost a third of their net income on full-time minders compared to under 10% in Germany and France and 4.4% in Sweden where subsidised childcare is the norm.

Experts say that putting support systems in place can benefit these mothers, known as Gen X mothers – the demographic between baby boomers and millennials – and their families.

One area of society which is behind the times is the medical world, where over- 35-year-olds are known as “geriatric mothers”. Emma Olohan, who is juggling new motherhood, with her position as VP of PR for PWN Global, a non-profit for gender-balanced leadership, was 38 and expecting her son when she first encountered the term.

She believes Ireland has a 1970s attitude towards new mums. Legislative changes around maternity benefit and childcare, as well as supports for female entrepreneurs, need to happen to reflect societal shifts. As a country, she says “we shout out loud across the world that we are driving entrepreneurship at unprecedented levels,” yet support for entrepreneurs when it comes to having children is inadequate. She says lawmakers need to act to implement change in workplaces. “While guidelines are a ‘nice-to-do’ if it’s legislation it’s a ‘have-to-do’,” she says.

Emma, who is due to return to running her event and marketing project management company, United Events Global, and her part-time lecturer role at Dublin Business School early in 2019, was writing exam papers when her son was eight weeks old. She says many women she’s met are still – informally – involved in their workplace while on maternity leave, “answering calls and work-related emails.”

The downside of being a new mother in a senior role is the feeling you need to compensate for the time off. “If you’re a loyal and interested employee you don’t want your colleagues to be overloaded. When you’re younger and haven’t moved up the career ladder, you don’t have the same sense of obligation,” she adds.

Gen X mothers often face a unique set of challenges. They are less likely to be able to rely on parents for childcare support. They may also be responsible for caring for two generations; their ageing parents and young children.

Childbirth expert Tracy Donegan believes life experience is the main advantage of being an older mum. “You may have overcome challenges in the past which you can draw from as you face the challenges of motherhood, particularly in the first year.” However, she warns that women used to running their own company or department can be “thrown into chaos” by a new baby.

Commenting on a recent Danish study that found children of older mothers had less behavioural, social and emotional problems, Tracy said she would attribute the results to a more flexible mindset. “As we get older we can see the bigger picture and tend not to sweat the small stuff.  Some younger new moms feel under huge pressure to be the perfect mother, and social media certainly plays into that.”

Emma agrees that life experience is a plus for older mothers. “You have a different perspective on child development and the kind of person you want them to be. You’re happier as a parent than you would be in your 20s and a little bit wiser.”

Having taken some time off to spend with her baby, Emma says while she’s been fortunate in her current role with DBS, as a partially self-employed mother, she decided not to tell clients about her pregnancy because she believes there may be an assumption that her competence and commitment won’t be the same.

Other returners can encounter unhelpful attitudes in the workplace. “There can be a perception that maybe you’re not coming back or that if you do it’s not with the same level of commitment.”  In Emma’s experience she believes that “You have to come back with twice the commitment because you’re balancing a baby, home life and the job!”

EY Entrepreneur Of The...

The EY Entrepreneur Of The Year™...

As industries such as engineering, tech and...