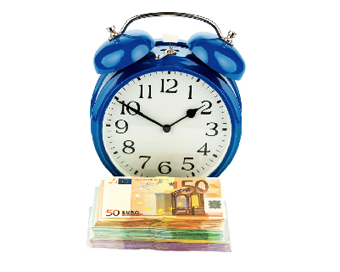 Women in the Irish workforce get less in pension benefits and bonuses, but more in flexible working hour benefits than their male counterparts. This was one of the primary findings of a survey from protection experts at Aviva, which looked at benefits currently offered by Irish employers and those sought by Irish workers. The survey of 393 employed adults was carried out via Behaviour & Attitude’s online panel, Acumen.

Commenting on the findings, Karen Gallagher of Aviva says: “The findings support the widely held contention that women have fewer financial provisions than men  –  particularly when it comes to pensions. There’s also a very real and obvious gender divide when it comes to employee benefits  – with men appearing to seek and receive more financial extras than women. The only area it seems in which women get more in terms of benefits is around flexible working hours.

What’s also apparent is that workers are, to a large extent, unaware that they themselves are responsible for the financial implications of work interruption due to illness – just 15% of employers pay health insurance contributions and only 4% pay Income Protection premiums. This is concerning because less than half the workforce have private health insurance and far fewer have Income Protection – which leads us to believe that there is a high level of financial exposure when it comes to illness in Irish households.”

The Aviva survey asked if people could choose one benefit – the top 4 preferred benefits would be:

The Aviva survey also revealed big variations on the benefits currently offered to employees who work primarily “at a desk”, and those who are involved in more manual tasks:

Aviva say the findings point to a growing trend, whereby the modern mobile workforce is looking for a greater degree of flexibility from employers when it comes to where and when they work.

Karen Gallagher explained: “Our survey found that 21% of millennials (under 35), would choose flexible hours as their first preference employment benefit, which is significantly more than their older counterparts, with 17% of 34 – 50-year olds and 16% of those aged 50+ choosing this option.

The survey also revealed that workers are relatively financially savvy, with majority favouring long-terms reward such as pensions & health insurance compared to short-term money items such as bonuses & travel subsidies”

Other findings from the Aviva Survey included:

It Could be You!

Showcase Ireland is the annual Creative...