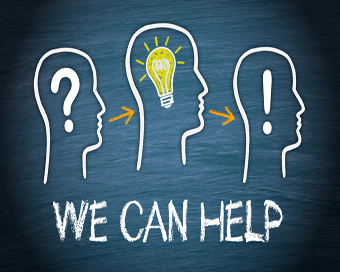 The Local Enterprise Office Dublin City has awarded €6,174,969 to 944 start-ups and SMEs since its formation in April 2014. The figures were recently released to encourage entrepreneurs, start-ups and SMEs to avail of the supports provided by the Office during 2019.

Commenting on the figures, Greg Swift, Head of Enterprise and Economic Development at Local Enterprise Office Dublin City, said: “We’re delighted to have supported 944 businesses since 2014. The funding we’ve awarded helps these businesses to expand into new markets, grow their teams, and – in some cases – move from early-growth stage to become high-potential start-ups. “A New Year is a time for action, and there may be lots of budding and existing entrepreneurs out there, hatching plans for growth in the months to come.  Our message to them is to avail of the supports we offer at the Local Enterprise Office.  “The work we do promotes job creation in Dublin City year-round.  Just last month, for example, we awarded almost €240,000 to 14 businesses, supporting 25 jobs.”

Since April 2014, the Local Enterprise Office for Dublin City has:

Commenting further, Mr. Swift said, “As well as awarding funding, we provide a number of supports to businesses, including training on topics such as business plan development, tax, and social media strategy; one-to-one business mentoring sessions and advice clinics; expertise on exporting to international markets; and networking opportunities, which are hugely important to a growing business. These networking opportunities include Dublin Food Chain – a membership organisation for food producers, and the largest of its kind in Europe – and our Women in Business Network, an initiative supporting women who are starting a business or who are already up and running.

“So, whether you have a spark of a business idea and want to find out the next steps to get it off the ground, or you’re a growing business looking to expand into new markets in 2019, come in and talk to us – we’re open for business and here to help.”

The companies supported by the Local Enterprise Office for Dublin City range from tech start-ups and food producers to craft businesses and design studios. Companies supported over the past four years include:

Coroflo: a device that records how much milk a baby is receiving when being breast-fed.  The company received a Feasibility Study Grant from Local Enterprise Office Dublin City to fund their first prototype, allowing them to test and enhance their core technology.  They went on to raise €650,000 from investors in 2017, and drew praise from Richard Branson after winning the Dublin Virgin Media Business Voom Tour mini-pitch competition.  They expect to bring their product to market in coming months, and are preparing to launch in the UK this year.

Manley: Manley was founded by Irish fashion and jewellery designer, Emma Manley. It is now one of Ireland’s leading contemporary fashion labels, and is currently stocked in Arnotts, Powerscourt Townhouse and Kildare Village, amongst others. A champion of Irish design, Emma Manley recently launched a three-month pop-up in Dundrum, showcasing a host of Irish designers.

Earlier this month, the Local Enterprise...