Change is a Constant for Anita Sands 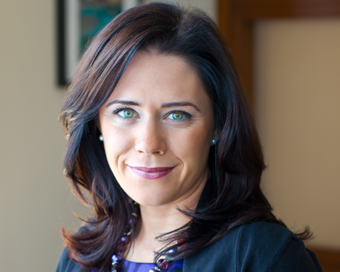 The life of Anita Sands has been “an eclectic one” so far. Having deviated from the traditional career path of gradual progression to the top of one industry, Anita has achieved remarkable success despite – or arguably because of – her many professional pivots. The business and technology leader sits on the boards of three public global technology companies, Symantec, a cybersecurity Fortune 500 company; ServiceNow, a SaaS service management firm, and innovative storage space business, Pure Storage.

She is also on the advisory boards of other organisations, including Grand Central Tech, a New York-based technology incubator.

Growing up in Drogheda, Co. Louth, Anita completed a PhD in atomic and molecular physics at Queen’s University, Belfast. Following a stint in the public policy sector, and a decade in financial services, Anita went to work in the technology industry. Her career path brought her to Canada, to the United States, from Wall Street to Silicon Valley, and from an operating role into the boardroom.

She says her life has been defined by change. Change is a constant, she says, and “being skilled at change is a very valuable thing both personally and professionally in today’s world.”

On a personal level, her life has undergone huge transformation in recent years. “Three or four years ago I was a single, 38-year-old, relatively successful woman living in Manhattan — and now I’m married and a mother of six.” She explains that her husband John was a widower, and he and his late wife had five children. They have a daughter, Rosie, who is almost two. “We have five millennials and a toddler,” Anita laughs. She describes the household as a “lot of fun. It’s like a sitcom. I’m thinking of pitching a TV network for my own reality show.”

While acknowledging that she has been fortunate in her career, she is, however, quick to dispel the idea that success is all about luck. In fact, Anita is dismayed when she’s interviewing a woman, and in response to comments about her impressive CV, the woman will say “I got really lucky”. “Of course, serendipity plays a role in everyone’s life, but women are far quicker to attribute their success to luck than men are.”

That tendency can be partially attributed to lack of confidence, one of three success killers for women that Anita has identified. The other two are fear and guilt. “These three things either individually or collectively can really hold you back from taking some risk, making some bold decisions, moving forward with your life.”

Confidence was instilled in Anita early on. The eldest of five, Anita says her parents didn’t distinguish between the girls and the boys.

The Sisters who are Nuts...

Growing up in the family business, Country...