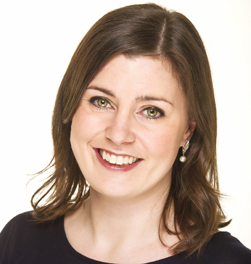 Nicola Corless has been appointed Marketing and Communications Manager of Lero, the SFI Irish Software Research Centre. University of Limerick headquartered Lero, which works with multinational and indigenous companies, harnesses software researchers from nine third level institutions including all of the Republic of Ireland’s universities.

A journalism graduate of Dublin City University, Nicola was formerly Communications Officer at the University of Limerick. Prior to that she worked as a journalist and in marketing for Irish and multi-national web companies. Last year, she won a gold medal for communications at the International Business Awards in Barcelona.

Commenting on her appointment she said, “Lero is a world-renowned research centre which is at the cutting edge of exciting software development from driverless cars and automation to artificial intelligence and cybersecurity. I’m looking forward to helping to promote it nationally and globally.”

She added, “Ireland has a vibrant and successful software sector, with nine of the world’s top 10 multinational technology companies located here. Lero is a key pillar of that sector. Since it was founded in 2005, it has become one of the best known and most highly regarded software research centres in the world. It is home to 289 researchers and funded to the tune of €41m.”

Heather Reynolds has been appointed CEO at...