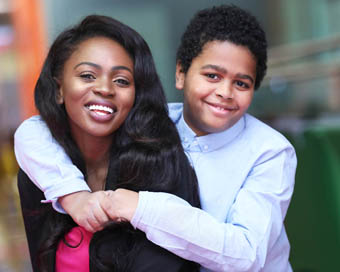 Empower the Family is a not-for-profit organisation launched by Deborah Somorin at an event hosted by PwC recently. Over €500k has been pledged in philanthropic funding to its good work. The project already has a community of over 12 thousand supporters in Ireland and in the UK. Empower the Family was established to address the issue of inadequate support for single parents who wish to pursue third level education, while at the same time enabling them create a better life for their children.

Research, recently commissioned by the Department of Social Protection into the barriers to single parents progressing to third level education, revealed that some single parents living in consistent poverty with their children are, in fact, not single parents lacking in determination or ability to succeed in university, but are people who do not have access to the right supports such as affordable quality childcare. Empower the Family was established to address exactly this challenge. Empower the Family will establish student accommodation for single parents at universities with on-site quality affordable childcare and will open its first location in Dublin by September 2019. It is intended that further locations will be established in every county in Ireland alongside universities that require the service.

Speaking at the launch, Deborah Somorin, founder of Empower the Family, said: “We will provide the right supports to empower the single parents who have the determination and ability to succeed at university. This will help them to create a life away from poverty for themselves and their children. It will also have a positive effect, by creating role models, on encouraging higher progression rates to university in disadvantaged communities who currently have progression rates as low as circa ten percent. We hope this is a model that can be rolled out in other countries in the future.”

Empower the Family will also:

In Ireland, 1 in 5 single parents live in consistent poverty with their children (source: CSO,2016). Unfortunately, the likelihood of living in consistent poverty and the level of education attained are highly correlated in Ireland. For example, those who finish school at secondary level are 607% more likely to end up in poverty than those whohave a third level degree or higher in Ireland (source: CSO,2016).

There is also a substantial inequality in the proportion of people progressing to third level education in Ireland based on how disadvantaged the area they live in. For example, a young person is 430% less likely to go to college based on if he/she grew up in Dublin 1 (i.e. Dorset Street and Talbot Street – disadvantaged areas in Dublin) in comparison to Dublin 6 (i.e. Rathmines and Ranelagh – affluent areas in Dublin). This was measured and highlighted in a report by The Higher Education Authority. Separately, a report from the Simon Communities, earlier this year, showed that only 7% of homes available in the biggest town and cities in Ireland, which is where universities are located, are affordable to people on welfare support.

Women for Election Needs Your...

The non-profit Women for Election has...