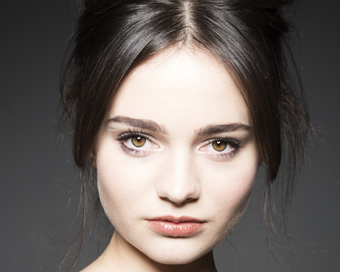 Irish actress Aisling Franciosi has been selected as a European Shooting Star at the Berlin International Film Festival (Berlinale) following in the steps of Domhnall Gleeson and Ruth Negga, both of whom received this honour early on in their careers. Now in its 22nd year, European Shooting Stars presents ten of the best up-and-coming acting talents from right across Europe.

The selection process is incredibly competitive but the jury were very impressed with Aisling‘s “great acting range and superb instincts” in The Nightingale, which had its world premiere at the Venice Film Festival earlier this year.

Commenting on her selection Aisling Franciosi said “I am so thrilled and consider it a great honour to be chosen as a Shooting Star — particularly by such a jury. Actors I really admire have been selected as a Shooting Star in the past, so it feels a little surreal! I owe so much to the people I have been lucky enough to work with from the beginning, but particularly to Jennifer Kent who took a chance on me and trusted me with The Nightingale. It’s a role and a project I will never forget. It’s a film I will always be proud of.”

At an event taking place between 8th – 11th February 2019 during the 69th Berlin International Film Festival the Shooting Stars nominees will be presented to the film industry, public and international press. In addition to the public exposure, the programme provides a special platform for the Stars to meet casting directors, producers and filmmakers in one-on-one meetings, offering a unique opportunity to create the personal contacts and networks needed to embark upon an international career. The busy weekend culminates in an awards ceremony at the Berlinale Palast on Monday 11th February, where each actor will be honoured with the EUROPEAN SHOOTING STARS Award donated by Leysen1855.

Aisling, a classically trained singer and pianist, first appeared on screen in the BBC series, The Fall for which she received the Irish Film and Television Award as Best Actress in a Supporting Role in 2015. She was cast in Ken Loach’s Jimmy’s Hall, which premiered at the Cannes Film Festival 2014, and most recently, she played the lead in The Nightingale by Jennifer Kent, which won the Special Jury Prize at the Venice International Film Festival 2018. Franciosi was also honoured as one of Screen Daily’s prestigious ”Stars of Tomorrow” in 2015.”

Women for Election Needs Your...

The non-profit Women for Election has...

A Great line up from Guestline