A Well-Rounded Approach to Entrepreneurship 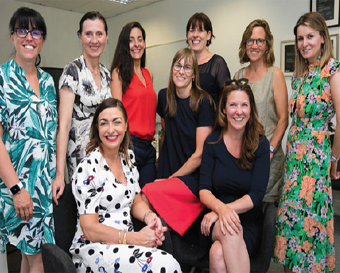 Sometimes the best ideas come out of necessity. And so it was with the Lead Entrepreneur facilitated round tables that are at the heart of Going for Growth.

It was clear from the beginning that role models were highly influential but ten years ago when the idea for Going for Growth was hatched, there simply were not enough successful female entrepreneurs available to an initiative that wished to include at least 60 participants in each six-month cycle. One to one mentoring was clearly not an option. Accordingly, the concept of peer support around a table facilitated by a Lead Entrepreneur was born, with eight Lead Entrepreneurs facilitating 64 participants. Not only did this approach leverage the involvement of a relatively small number of Lead Entrepreneurs but, as each of these was participating on a voluntary basis, the initiative was highly cost effective.

From the completion of the pilot, it became apparent that the round table approach also contained several unexpected positive benefits. It reduced the psychological isolation of the participants and increased their confidence. The entrepreneurial journey is frequently a lonely one. Around the table, participants found likeminded individuals, all of whom shared the same passion for their businesses, were focused on growth goals and frequently shared the same challenges. Confidence grew from the realisation that the challenges being faced were not confined to an individual. While the businesses were different, the issues were often similar.

The way the six-month cycle was structured, also drew strength from being based on peer support. “Good” peer pressure helped those around the table achieve the goals and milestones that they had set for themselves at the outset. Success was applauded, difficulties shared in a confidential environment and collegiality assisted in the persistence needed to keep focused.

The result was that those who completed the cycle reported increased confidence, a newly found supportive network and a sense of being nearer to achieving growth goals. Besides these positive benefits, the outcomes could also be measured in tangible outcomes —increased sales, new jobs created and a greater number of exporters.

The backbone of the initiative is the Lead Entrepreneurs. Through their involvement, participants can draw on the goodwill of successful entrepreneurs who share their insights and experience with others at an earlier stage of their entrepreneurial journey.

Level of Job Stress in...

A new ESRI study, funded by the Health and...

EY Entrepreneur Of The...

The EY Entrepreneur Of The Year™...