A Perfect Pitch for PerfectCard 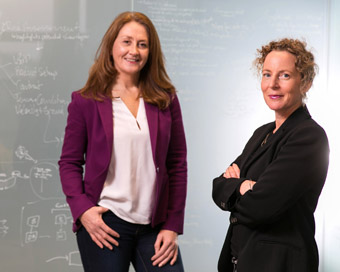 The acquisition will result in the expansion of PerfectCard in Ireland, with plans to increase the number of full-time employees over the next few years. The transaction, which sees EML acquire 74.86 per cent of PerfectCard in a deal worth more than $9.5m (€6m), received Central Bank approval in the past two weeks.

PerfectCard DAC, which was Ireland’s first authorised eMoney institution, provides incentive and corporate expense solutions including PerfectIncentive and the recently-launched Pecan Expense. It is regulated by the Irish Central Bank.

Established in 2011, EML is a payment solutions company listed on the Australian Securities Exchange. Headquartered in Brisbane, EML now operates in 21 countries, with offices in Kansas City, Stockholm, Brimingham (UK) and now Ireland. In its last financial year, EML processed AU$6.7b and has a market capitalisation of AU$400m.

The companies also announced that PerfectCard’s base in Galway will now become EML’s global hub for technology and innovation. The expected growth in the business will result in an increase in employment in Galway over the next two years.

Galway was chosen because of the availability of IT development talent in the region and the environment created by the IDA in the region. Both PerfectCard and EML are working with the Irish government on this initiative.

Any new jobs will be in addition to the 20 people already working in Galway and at PerfectCard’s HQ in Kilcoole, Co Wicklow.

Nikki Evans, CEO of PerfectCard DAC, said: “The deal is an important move for both PerfectCard and EML. It allows EML to self-issue regulated payment products across the EU and gives them access to our innovative expense and corporate incentive solutions that they can grow in their existing markets. For us at PerfectCard, it will accelerate our growth and has opened up a huge amount of opportunities – for both the company and its employees.

“What attracted EML to PerfectCard was the fact that we are regulated in the European Union and our ability to innovate and build new products, which we have proven through PerfectIncentive and Pecan Expense.”

PerfectCard was set up in 2006 by entrepreneur Nikki Evans who will remain in her role as CEO of PerfectCard and will assume responsibility for EML European Issuing.

“I had dreamed down the road of doing an IPO so this deal has short circuited that. I have been CEO of a private company and now we will be a subsidiary of a PLC so it’s a whole new challenge for me but one I am really looking forward to. That extra support that EML will bring to us at PerfectCard will be immense,” said Nikki Evans.

“As a company, our headquarters will very much remain in Ireland. While we will have a majority shareholder somewhere else, the heart and mind of the company has to remain in Ireland and I don’t see that changing.”

When it was established, PerfectCard initially provided gift cards for Irish retailers but has since expanded its suite of products to include employee reward and company expense tools.

PerfectCard was the first company to be awarded an eMoney licence from the Central Bank of Ireland and remains one of only two companies in the world to hold this licence.  The other is Facebook. The eMoney licence allows PerfectCard to issue regulated payment products across the EU.

The Lowdown on Becoming a...

A publication launched by Knowledge Transfer...