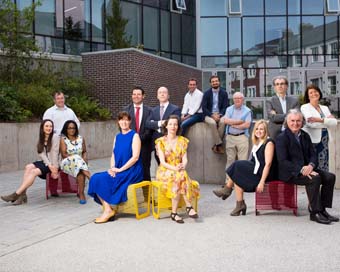 Social Innovation Fund Ireland launched its 2017-18 Annual Review last week, which highlights the significance of building a robust capital market for social innovation in Ireland. Launching the report, Deirdre Mortell, CEO said, “Our greatest achievement was to meet our target to raise €5 million in philanthropic funds. On the back of this, I am pleased to announce the Department of Rural and Community Development delivered on it’s Programme for Government pledge to build a €50 million Social Innovation Fund in Ireland.’’

She added, “Social innovation is at the heart of public-private problem-solving and job creation. In Ireland, social innovation is substantially underdeveloped compared to our usual comparators, such as Scotland, England and even Portugal. However, over the past three years, we have achieved proof of concept of our model and we are now setting out to grow and scale and to firmly place Ireland in a leadership position in Europe over the next five years.”

Welcoming the report, Minister of State Seán Kyne T.D. said, “I am proud to support Social Innovation Fund Ireland’s groundbreaking work. In just three years, they have demonstrated that Ireland’s communities are innovating to tackle the social issues that affect them, and that with grant funds and business supports, they can grow and spread.”

Connecting Women in Technology (CWIT) have...