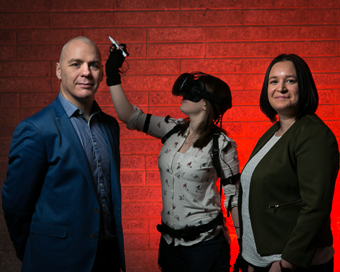 The EY Growth Barometer is an annual survey of global middle-market C-suite leaders that explores their strategies for accelerating growth. The findings were announced in Ireland to mark National Women’s Enterprise Day (Thursday 19th October) that aims to highlight the contribution of female entrepreneurs, while encouraging more women to start their own businesses.

Almost three times as many women as men say funding is the most significant factor in building their company’s agility (17% versus 6%), while 17% believe the cost and availability of equity finance is the greatest barrier to growth, compared with 11% of male peers.

Anne Heraty, Chairperson of the EY Entrepreneur of the Year judging panel and CEO of Cpl Resources said: “An obvious factor that could be influencing female entrepreneurs’ access to funding is the fact that VC firms often tend to be male dominated. In spite of this, there is still opportunity out there, and we as entrepreneurs have a duty to our female peers”.

“My advice to other female entrepreneurs is to get out there and find the people you need to talk to – ask for introductions and be brave. It might not come naturally to everyone, but putting yourself out there is how you’ll get closer to where you want to be.”

According to research conducted by EY Ireland, at board level, men still easily outnumber women with 72% of positions held by men according to the EY Ireland Diversity and Inclusion Report 2018, yet only 41% of companies say they have a specific programme or initiative in place to develop women leadership for the future.

Olivia McEvoy, Director of Diversity & Inclusion Advisory Services, EY Ireland said: “The World Economic Forum’s 2017 report states that it will take another 216 years to achieve gender parity globally. It is time to change gear and act now to accelerate change. In business in Ireland, we are still a long way from achieving parity at leadership level, which is similarly reflected in levels of female entrepreneurship”.

“It is critical we inspire younger women and girls to pursue careers in entrepreneurship and business and there is no better way than through visible role modelling and success.”

This year, the EY Entrepreneur Of The Year Gala Awards take place on Thursday 25 October in Citywest. The event will see over 1,500 of Ireland’s business leaders gather to celebrate the work of Ireland’s entrepreneurs. Eight women are competing for the overall title this year.

Description: Transforming cancer treatments by targeting the molecular pathways that drive the most aggressive and resistant forms of cancer

Description: Internationally recognised as one of Ireland’s most successful fashion designers

Description: Manufactures a range of rotary grass cutting equipment for both agricultural and fine turf applications

Pictured: EY Entrepreneur Of The Year 2018 female finalist Sandra Whelan, VR Education Holdings plc, Waterford who has been nominated with her husband David.

Become A Women Who Wow Mentor

Axonista and Off the Fence is to launch the...