Bord Bia Builds up for Brexit! 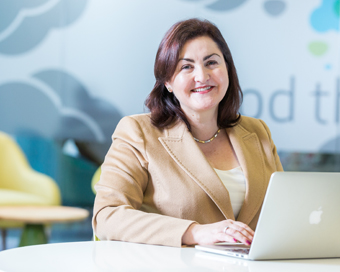 Bord Bia has announced the appointments of Karen Coyle, Ailish Forde and Eileen Bentley to three senior executive positions in the organisation.  Based in their Dublin head office, these individuals will play a key part in Bord Bia’s response to Brexit and its ongoing focus on supporting Irish food and beverage companies to identify and grow in new markets across the world.

Karen Coyle (pictured above), takes on the new role of Global Relationship Manager. The move will see her return to Dublin having headed up Bord Bia’s activities in North America for the past ten years.  The focus of this new position will be to develop and strengthen relationships with global retail, foodservice and manufacturing companies and potential partners of Irish food and drink companies by demonstrating the capability of the sector to meet their needs.

While Ms Coyle oversaw activities at Bord Bia’s New York based US head office, Irish food and beverage exports to the US grew to over €1.1 billion per annum, making it the Irish industry’s number two export market after the UK.   Dealing with many of the world’s largest food and beverage companies, provides valuable experience in the newly created role of Global Relationship Manager. 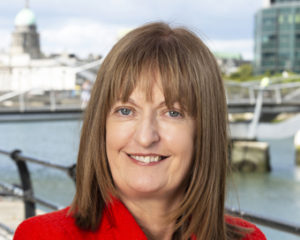 Ailish Forde has been appointed Director of Markets at Bord Bia where she will implement the organisation’s new Plan to Grow framework across all overseas markets. Previously, Ailish led the food and beverage division as Food and Beverage Strategy and Planning Director.  Prior to joining Bord Bia, Ailish acted as Group Public Affairs Director for Coca-Cola HBC, building the reputation of the company and its brands across 28 markets worldwide.  She has led the public affairs teams at Diageo Ireland, acted as Director General of The Retail Grocery Dairy and Allied Trades Association (RGDATA) and been Director of Consumer Foods at IBEC.   Ailish also spent five years leading a marketing consultancy in Italy where she designed marketing strategies for companies interested in trading on European markets.

Originally from Moycullen in County Galway, Ailish is a graduate of NUIG and the University of London, where she studied law, languages and economics. She has held a number of marketing and communications roles, chiefly in the FMCG sector. 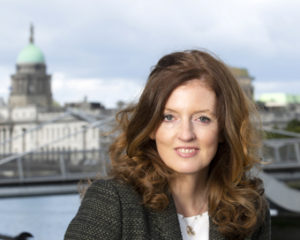 Eileen Bentley will take on the role of Senior Marketing Strategy Manager with Bord Bia. Eileen originally joined Bord Bia’s London office as a graduate on IBEC’s Export Orientation Programme (EOP), initially focused on the speciality food sector before working on the UK foodservice programme.  Subsequently, she spent time working with Sainsbury’s in London and Nespresso in Switzerland before returning to Ireland and to Bord Bia, where she has remained for the past ten years.  Eileen holds a Bachelor of Law from UCD and a post-graduate diploma in business from the Michael Smurfit Graduate Business School.

Tara McCarthy, CEO of Bord Bia says: “These three appointments add considerably to Bord Bia’s ability to support the food and drink industry as we head into uncertain times.”

Do you have a nagging worry that you don’t...

The call is open for ambitious female...