Big Role in the Citi 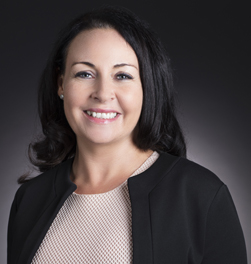 Earlier this year, Cecilia Ronan was appointed the new chief country officer (CCO) for Citi Ireland. Overseeing 2,500 people across the Citi Ireland team, her role incorporates business strategy, risk management and attracting and retaining talent. The Galway native also holds the positions of chief administrative officer (CAO) for the Europe cluster since 2016, as well as CAO and executive director for Citibank Europe Plc (CEP) since 2012.

Joining Citi in 2000 as a senior HR business partner, twelve years later she was appointed head of the Citi Service Centre and chief administrative officer for Ireland, where she led a team of 1,900. Previously, Cecilia worked at Microsoft Ireland and across a range of roles in government and NGOs in Africa where she grew up.

Cecilia, who holds a degree in civil law from UCD and a master’s in HR from Leicester University, serves on the board of the National College of Ireland. She is also a fellow of the Institute of Bankers and a member of the executive board of FSI (Financial Services Ireland).