Irish Boards Lag Behind in Diversity 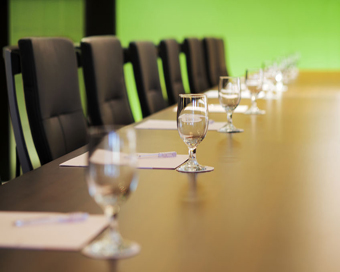 The Board Index is a review and analysis of board composition and governance practice of companies listed on the Irish Stock Exchange (ISE).  Considerable research indicates that increased diversity in the workforce contributes to improved company performance.  From a board of directors’ standpoint increased diversity contributes to a broader way of thinking, which can lead to higher quality decision-making. The Board Index has four objectives:

–To bring together and make publicly accessible for the first time relevant data on the boards and directors of Ireland’s listed companies;

–To provide useful insights into the board composition and corporate governance practices of ISE listed firms;

–To report on trends over a 10-year period; and,

–To compare practices and characteristics of Irish boards to those of other comparable jurisdictions.

In recent years, much focus has been placed on gender diversity in the boardroom and C-suite. Korn Ferry’s 2018 Ireland Board Index reveals that women currently make up only 13% of ISEQ board seats, though this is an increase on the very low 2007 figure of just 5%.

Looking at the 20 largest listed companies, which comprise the ISEQ 20 index, boards fare somewhat better with 16% of female directors. On segmenting this further and looking at the nine largest companies (which are considered FTSE 100 equivalents), women hold 18% of board seats. However, these figures are still significantly lower than the EU average of 23% for large publicly-listed companies.

These women are not distributed equally however. 58pc have at least one woman on their board. That leaves 42pc of those sampled without a female Board member.

As with many EU countries, gender diversity continues to feature strongly on the agenda in Ireland’s boardrooms, though it’s clear that Ireland has some catching up to do compared to its EU counterparts.

In relation to diversity of nationality in the boardroom, trends indicate that Irish boards are becoming increasingly globalised.

The Irish Board Index reveals a reduction in Irish nationals over the last decade, with a 37% increase in non-Irish directors sitting on boards since 2007. Furthermore, it discloses that directors currently represent 18 different nationalities; chiefly Irish, British and US nationals, who comprise 90% of the total.

Commenting on the findings of the 2018 Ireland Board Index, Rob Wilder; Country Chair at Korn Ferry Ireland, states: “Boards must be diverse in their thinking and have the right set of skills and experience to bring to bear on problems.

“The findings of this, Ireland’s first ever, Board Index have produced many interesting insights around board diversity. “Not only does it reveal increased globalisation of Irish boards, but it also highlights a significant deficit in gender diversity and the sizeable shortfall on the EU average. It is evident that a more concerted effort is required if companies are to realise the benefits associated with achieving a balance in the boardroom. “In addition to highlighting how the DNA of the Irish boardroom has changed over time, the Board Index also benchmarks Irish businesses internationally”.

Women’s ambition is and has been the focus...

Do you have a nagging worry that you don’t...