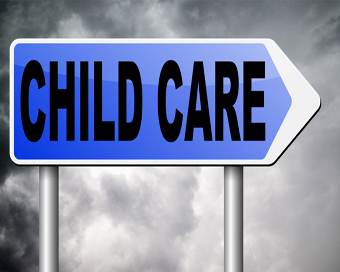 New research published recently by the Economic and Social Research Institute and Pobal, has found that mothers who face high childcare costs work fewer hours. In addition, parents spent an average of 12 per cent of their disposable income on childcare for their three-year-old. This poses a significant barrier to employment for women, especially lone parents. For those who pay, the average hourly cost of care for one child was €4.50 at the time of the Growing up in Ireland survey in 2011, or €4.84 in 2017 prices. Childcare has become an increasingly salient issue for Irish society as the proportion of women with young children in the workforce has grown over recent decades.

International comparisons of the price of formal care for pre-school children indicate that Ireland has one of the highest costs as a proportion of household income across the OECD.  The costs of childcare are frequently invoked as a barrier to maternal employment, especially for low-income groups and lone parents. However, there are relatively few systematic analyses of the real costs for families or of how these costs influence employment outcomes for mothers.

The new study ‘Maternal Employment and the Cost of Childcare in Ireland’ published by the ESRI and Pobal draws on information from the Growing Up in Ireland (GUI) Survey to investigate childcare costs for children up to the age of five, with a particular focus on costs at age three before children enter the school system, which is the peak period for participation in non-parental childcare in terms of both the numbers of children and hours of childcare. The GUI is the largest source of nationally representative data on the types and costs of childcare for pre-school children in Ireland.

COSTS OF CARE TO PARENTS AT AGE 3

In 2011, when the children were three years (36 months) old, half of the GUI children were in non-parental care for at least eight hours a week. Of those in non-parental care, over half were in centre-based care (54 per cent); 22 per cent were in the care of a relative and 24 per cent were looked after by childminders, either in the childminder’s home or the child’s home. Those who paid for care used an average of 24 hours of childcare per week for the main care type, at a mean cost of €105 per week or €4.50 per hour. Evidence from other sources (Pobal, 2017; CSO, 2018) suggests that the prices for formal childcare changed relatively little in the intervening time period.1

A childminder in the family’s home was the most expensive form of care, costing €5.70 per hour and €153 per week, on average. The hourly costs of a childminder outside the home were close to those paid for centre-based care (just under €4.50 per hour),2 though the mean weekly costs were somewhat higher for the former (€107) compared to the latter (€100). Over half of all relative care was provided free of charge. Among those paying for relative care, the average cost was €90 per week. In total, 15 per cent of those using regular childcare for their child at age three received this care free of charge.

PROPORTION OF INCOME SPENT ON CHILDCARE

On average, families paying for care spent 12 per cent of disposable income on the care of the three-year-old Study Child. This rose to 16 per cent for lone parent families and 20 per cent for those in the bottom income decile. As these costs relate only to the Study Child, families with other young children are likely to spend a considerably higher proportion of their income on childcare.

The majority of mothers (54 per cent) were in paid employment when their child was 36 months old, up from 46 per cent when the child was 9 months old. By the time the Study Child was aged five years, 59 per cent of women were in employment.

There is a considerable fluidity in mothers’ employment in the early years after the birth of a child. For example, between Wave 2 (child aged three years) and Wave 3 (child aged five years), 9 per cent of women entered employment, 7 per cent left and 9 per cent changed between full and part-time hours. Even this understates the level of change. Almost half (49 per cent) of women changed the number of hours they worked between the second and third waves. Debates that dichotomise women into one group of full-time carers permanently outside the labour market (‘stay-at-home mothers’) and another group of permanent full-time workers (‘working mothers’) does not do justice to the range of experiences actually found.

The longitudinal nature of GUI means that it is possible to examine whether childcare costs when the child was three made a difference to maternal employment two years later. An instrumental variables approach takes account for endogeneity, in this case the fact that families with higher levels of employment and earning power tend to pay more for childcare. Using this approach, it was found that among those paying for childcare when the child was aged three, the cost of care was associated with a small reduction in hours of paid work when the child was aged five years. A 10 per cent increase in childcare cost is associated with half an hour less paid employment per week. Moreover, the effect of childcare costs interacts with household income so that for households with lower income the negative effect is larger.

Thus, childcare costs appear to be a stronger barrier for low-income families.

1. Annual surveys by Pobal on the fees charged by childcare providers for centre-based childcare show an increase of 5 per cent in the fee for full-time care over the six-year period between 2011 and 2016 (Pobal 2017). The CSO Consumer Price Index suggests that there was an increase of 7 per cent in childcare prices between 2011 and 2017. Uprating these for inflation produces an average cost of €112 per week and €4.84 per hour at 2017 prices.

2. The figure of €5.70 for childminders refers to the cost for the study child only. In most cases, childminders look after more than one child in the family, so it is usually not indicative of their earned wage. However, it is likely that some are paid below the minimum wage, which for most of the duration of the survey fieldwork in 2011 stood at €7.65 per hour.

The number of Irish consumers shopping at...

Women’s ambition is and has been the focus...