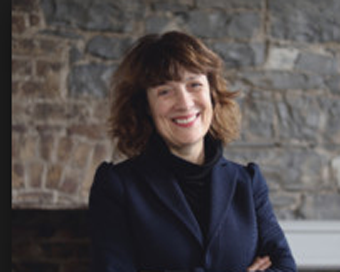 The Minister for Health, Simon Harris TD, recently published the Sláintecare Implementation Strategy which marks the latest in a series of important milestones towards delivering a much-needed programme of health reform in line with the vision of the Sláintecare report. Although timelines and budgets need to be pinned down, “This is the vision”, according to the Minister.

Dedicated implementation structures are being established to support the reform programme. Last month, it was announced that the new Sláintecare Programme Office will be led by Laura Magahy as Executive Director and a Sláintecare Advisory Council will be put in place, chaired by Dr Tom Keane.

In recognition of the central role of the Programme Office, Laura Magahy will be tasked with refining the Implementation Strategy into a more detailed Action Plan within months of taking office in September. Laura’s appointment as Sláintecare incoming Executive Director was announced following a rigorous and competitive public application process, which was managed independently by the Public Appointments Service (PAS) on behalf of the Department of Health.

She has resigned her position as Managing Director of M.CO (effective from September 1, 2018) and will not be returning. She will also have no future beneficial involvement in the company and is relinquishing all control over the future business of the M.CO from the date of her appointment.

On her new post she said, “I’m very honoured to be appointed as Executive Director of Sláintecare. Sláintecare provides a real opportunity to transform health services over the coming decade. I’m committed to building on the foundation of consensus that has brought Sláintecare to this point, and to working with all stakeholders to make the vision set out in the Sláintecare report a reality.”

For almost three decades Laura has led some of Ireland’s most significant and transformational public-sector projects, including the €1 billion urban renewal of Temple Bar (1990 – 2000), Ireland’s first urban renewal project; the €284 million development of the Mater Hospital (2000 – 2014); and the Government initiative Irish Design 2015, which had considerable international reach and economic impact.

Through the strategic design and project management company that she co-founded in 2000, M.CO, she has devised and led change initiatives on behalf of clients from the private and public sectors, and specifically in the health sector for the past 17 years, including recently, a number of Hospital and Hospital Group strategies.

From 2002 – 2005 she worked with the HSE/St. Vincent’s Healthcare Group Board on the successful development of the €22 million New Ward Block Building including dedicated Cystic Fibrosis Unit, overseeing brief planning, construction programme, equipping, consultation, liaison with multiple stakeholders, Government funding agencies and the HSE. Laura was also project director on the Great Northern Haven Intelligent Lifetime Homes Project, working with the Department of Environment and Local Government and Dundalk Town Council as well the HSE and a range of other stakeholders, to deliver sensor-enabled homes and community accommodation to foster independent living.

Laura who is a Fellow and past President of the Institute of Directors is one of Ireland’s top Level A Project Directors. She is an honorary member of the Royal Institute of Architects in Ireland and has served on numerous public, private and plc boards as Chairman, Non-Executive Director, and Executive Director, including CIE, The Arts Council and The Design and Crafts Council.  She was also President of the International Women’s Forum for two years. In 2014, she also founded ceramic company, Arran Street East.

Today’s literature is replete with...

70% of Republic of Ireland businesses say...