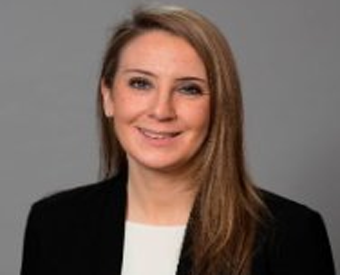 The Bank of Ireland Economic Pulse came in at 91.3 in August 2018. The index, which combines the results of the Consumer and Business Pulses, was down 2.3 on last month’s reading and 0.6 lower than this time last year.

The mood among households and firms was generally more subdued this month. Heightened uncertainty as the Brexit negotiations enter a crucial phase and increased speculation about the possibility of a ‘no deal’ outcome, coupled with renewed sterling volatility, dampened sentiment and took a toll on the headline index for a second month running.

Discussing the latest Economic Pulse, Dr Loretta O’Sullivan (pic), Group Chief Economist, Bank of Ireland said: “The Economic Pulse was down for a second month running in August. Similar to last month, this doesn’t come as a great surprise and owes much to Brexit uncertainty which is high at the current juncture. Amid political divisions in the UK government and the EU’s lukewarm response to elements of the White Paper, there has been increased chatter about the possibility of a ‘no deal’ outcome to the negotiations. This is weighing on sentiment and is also impacting currency markets.

“The pound has weakened to around 90p against the euro in the past month or so. This is a concern for Irish businesses selling into the UK market and is something that we will be keeping a close eye on as the talks enter the crucial autumn phase. On the consumer front, there also looks to be a touch of a summer spending ‘hangover’ in the August data, with the number of households worried about paying bills up on last month.”

The Consumer Pulse came in at 96.0 in August 2018. With Brexit concerns and seasonal effects at play, this was down 1.8 on last month’s reading. Households pared back their assessment of the economy and were also less positive about their current financial situation this month. They were slightly more upbeat about their finances over the coming year though, and with the summer sales in full swing, the buying climate was a little stronger with four in ten (41%) considering it a good time to purchase big ticket items such as furniture and electrical goods, compared with 39% in July.

The Business Pulse stood at 90.1 in August 2018, down 2.4 on last month and flat on a year ago. The Industry Pulse was broadly unchanged this month, whereas the Services, Retail and Construction Pulses fell back. Brexit uncertainty was on firms’ radar again in August and with the pound losing ground against the euro, export order books came under a bit of strain.

Input costs also remained a pressure point for many businesses, with over two in five firms in the industry and services sectors, one in three retailers and almost two thirds of builders reporting an increase in costs excluding labour in the past three months. Nonetheless, the majority expect to keep their near-term selling prices the same.

At 111.7, the Housing Pulse was little changed in August 2018. Notwithstanding some softening in the index over the last while, house price expectations remain in positive territory with most survey respondents (74%) anticipating price increases over the next 12 months. The same goes for rents and with the college year about to kick off, it is not surprising that accommodation woes are currently top of mind for students with three in four worried about the cost of renting.

The Bank of Ireland Regional Pulses bring together the views of households and firms around the country. The results for August 2018 (3 month moving average basis) show that sentiment was down on the month across the board.

About the Bank of Ireland Economic Pulse:

The Bank of Ireland Economic Pulse survey is conducted in conjunction with the European Commission, with the data feeding into the EU Commission’s Joint Harmonised EU Programme of Business and Consumer Surveys, a Europe-wide sentiment study running since the 1960s.  The Economic Pulse surveys are conducted by Ipsos MRBI on behalf of Bank of Ireland with 1,000 households and approximately 2,000 businesses on a range of topics including the economy, their financial situation, spending plans, house price expectations and business activity.

70% of Republic of Ireland businesses say...

The number of Irish consumers shopping at...