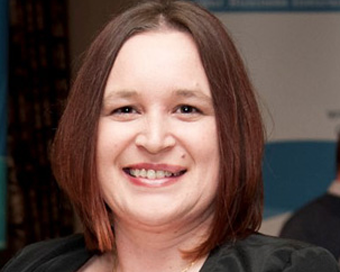 Immersive VR Education, an Irish virtual/augmented reality (VR/AR) software outfit run by wife-and-husband team Sandra and David Whelan, have released their teaser trailer for a VR experience film of the Lancaster Bomber, to celebrate the 100th anniversary of the RAF. In February of this year, the Waterford-based company won a commission from the BBC Northern Ireland’s ‘Rewind’ archive innovation team, in conjunction with the BBC’s central VR Hub, to work on the creation.

“1943: Berlin Blitz” puts viewers in the shoes of BBC war correspondent Wynford Vaughan-Thomas, and allows them to retrace his journey on a genuine bombing raid to Berlin at the height of the Second World War. The creation takes the viewer into the belly of a Lancaster bomber high over Berlin, with anti-aircraft shells bursting all around, while Wynford’s dramatic commentary vividly captures both the danger and the excitement of the bombing raid.

Speaking of the commission, Sandra Whelan, Co-founder of Immersive VR Education: “The Berlin Blitz was an exciting project for us and working with BBC Northern Ireland’s ‘Rewind’ archive innovation team, and the BBC’s central VR Hub has been a fantastic experience. Initiatives like this really allow us to move forward on our primary goal, which is to bring immersive technologies such as AR & VR to distance learning, and to transform the ways in which people all over the world learn about and experience events, both past and present.”

From inception to creation the project took 6 of the company’s 34-person team 4 months in total to build. The company used BBC Archive footage of the original radio broadcast of Wynford Vaughan-Thomas’ report that went out over the airwaves on 4 September 1943, just a few hours after the Lancaster Bomber plane landed back at RAF Langar in Nottinghamshire.

The Lancaster was the most successful heavy bomber employed by the RAF in World War Two and, along with the Spitfire, became something of a British icon in the wake of the war. More than 7,000 of the planes were built, flying upwards of 150,000 sorties.

Having been only the second Irish technology company to list shares in an initial public offering (IPO) on the Irish Stock Exchange’s Enterprise Securities Market, or ESM, in addition to the London Stock Exchange AIM, the future is both bright and fast-paced for the innovative company.

Sandra Whelan spoke of their plans for the future, “It is difficult to describe the VR experience to people and how advanced it is becoming. It would be like describing television to a world that only had radio. However, the interest is there, and as hardware becomes more affordable the industry will grow exponentially.

For our part, we are dedicated to transforming how educational content is delivered and consumed globally by providing educators and corporate trainers with the tools they need to create their own content in virtual classrooms or virtual training environments.

Our vision for the future is to see virtual reality become a staple tool for education and training and we strive to produce quality experiences that demonstrate this to a broader demographic through our work on showcase experiences.”

Matheson has kicked off its first Matheson...

A new service for those affected by cancer...