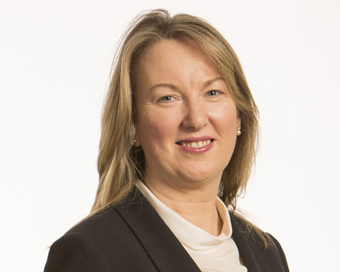 A site for the new facility has been identified at the recently established Togher National Industrial Estate in Portlaoise. A total of €130 million will be invested in this world-class facility, which is supported by the Government of Ireland through Enterprise Ireland.

The new facility will have a production capacity of 45,000 tons per annum. Approximately 78 full time jobs will be created at the facility. It is expected that a further 250 jobs will be created during the construction phase. The project will now move to its planning phase. If planning permission is successfully achieved, construction will commence later this year and the new facility would be expected to begin production in 2020.

The new investment will build upon this successful partnership while the new scalable facility will provide bespoke cheese solutions for customers across Europe. Siobhán Talbot, Group Managing Director of Glanbia added: “We are pleased to announce plans to build this new facility for Glanbia Cheese. Our partnership with Leprino Foods has been very successful for both partners to date and we are very positive about the potential of this new venture. We have worked closely with Enterprise Ireland on this project and are very appreciative of their support and commitment. We now look forward to moving the project on to its next phase.”

Julie Sinnamon, CEO Enterprise Ireland concluded: “This announcement is one of the largest new name Food FDI projects secured for Ireland by Enterprise Ireland in recent times. Enterprise Ireland is responsible for attracting Foreign Direct Investment from the global food industry into Ireland and we are delighted to support this significant investment project which was won for Ireland and Laois against strong competition from many other locations. The result of this investment is 78 jobs supported by Enterprise Ireland and a further 250 during the construction phase, which will deliver a positive impact to the region, supporting sustainable economic growth, regional development and secure employment. We are committed to working with Glanbia and Leprino Foods to support this partnership.”

Tesco has appointed a new CEO for Tesco...