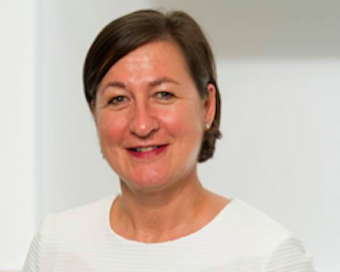 Tesco has appointed a new CEO for Tesco Ireland – Kari Daniels will take over her new position in September. She replaces Andrew Yaxley, who has been appointed Tesco’s group chief product officer.

The Tesco leadership team already enjoys a positive gender balance in Ireland. In a recent WMB Opinion piece, Tesco Ireland’s People Director Geraldine Casey said: “As a business we believe that gender diversity is really important, not only because it leads to better decision-making and collaboration but also to a more diverse and inclusive culture”. Geraldine, who is also a WMB Ambassador for Gender Diversity went on to say that: “Tesco Ireland already have a gender balanced Board of Directors with four men and four women, and the Tesco team across the business is 50:50 male and female”.

With the most recent appointment of Kari Daniels, diversity and inclusion continues to play an important role in the company’s decision making process. Kari joined Tesco UK over 16 years ago having moved from the major health & beauty retailer Superdrug. She has held a number of key management positions in the intervening years at Tesco to include Director of Brand, Commercial Director General Merchandise, Central Europe and most recently, as Commercial Director Packaged Foods UK.

With over 13,000 colleagues working across 150 stores, a head office and two distribution centres, Tesco Ireland is one of Ireland’s largest private sector employers. As its new CEO, Kari Daniels will report to Jason Tarry, Tesco UK & Ireland CEO.