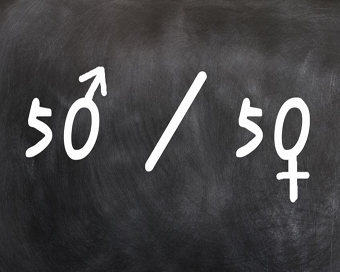 The policy documents crafted to encompass the individual workings and requirements of ten theatre organisations were a result of one and half year’s work. Gender Equality in Practice in Irish Theatre began after #WakingTheFeminists drew international attention to the gender inequality that existed within Irish theatre. Thanks to the support of the Arts Council, in 2016 #WakingTheFeminists commissioned groundbreaking research into the gender balance of the top publicly funded theatre organisations over a ten-year period from 2006-2015, as a way to create a baseline from which changes can be measured. They collected data on 1,155 productions and counted 9,205 individual roles.

This cultural phenomenon encouraged the participating theatre organisations to consider their own record in programming and supporting women within the sector and identify processes that would ensure gender parity and dignity at work in the future.

Each of the 10 theatres has published a Gender Policy Statement ratified by the boards of the organisations. Each organisation has also undertaken to measure their progress against their published targets on an annual basis using the #WakingTheFeminists Gender Counts guidelines.

Included in the list of measures are the following:

The Gate Theatre came under particular media scrutiny in recent years. New analysis shows great progress has been made to create a more positive, gender balanced and transparent working environment at the theatre. When comparing ‘The Outsider Season 1 2017-18’ to #Wakingthefeminists figures collated during the period 2006-2015 for the Gate, female directors rose from 8% to 80%; female writers from 6% to 33% and female set designers increased from 26% to 44%.  Moreover, gender equality will be scheduled as a Board agenda item on a quarterly basis at the theatre with a pledge by the end of 2019, to gender balance on its Board.

In her address of Gender Equality in Practice in Irish Theatre, Minister Madigan said that “The 10 theatre companies involved in the working group have come together to demonstrate the power of collaboration within the Cultural sector in Ireland, to share expertise, support and learnings and enhance the possibilities for women in the Irish theatre sector. It is vital that women’s voices are allowed to reverberate on stage, across the cultural sector and across society as a whole.”

“I hope that these statements will build dialogue across the cultural sector and beyond.  The theatre organisations here today are pioneering what I hope will be standard practice across the sector, and across society as a whole. I am delighted that my Department has supported such a worthwhile initiative and I look forward to seeing the positive impact of this” Minister Madigan concluded.

Following the recent publication of this...

Are women returners the possible solution to...