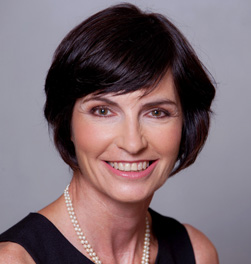 Carla Wentzel has been appointed to the role of Group Managing Director of Volkswagen Group Ireland.

Wentzel, a South African native, will move to Ireland this autumn from Volkswagen Group South Africa where she currently heads up the Volkswagen Brand. She has previously held a number of other senior management roles in that market.

Wentzel has been the recipient of an award as Most Influential Woman in Business and Government in South Africa.

Wentzel will take over from Tom Fleming who has led Volkswagen Group Ireland as Interim Managing Director since December 2017 and will now return to his previous role of Group Human Resources Director.

Volkswagen Group is the largest automotive company in Ireland with almost 25% share of the Irish car market across the Volkswagen, Skoda, Audi, Seat and Volkswagen Commercial Vehicle brands.

Oisín Geoghegan, Head of Enterprise at...