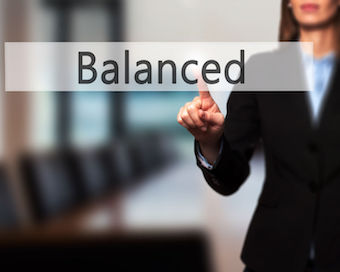 An Taoiseach, Leo Varadkar, Minister for Justice Charlie Flanagan and Minister for Equality David Stanton have announced a new business group to recommend on how more women can be involved in decision-making at the top level of businesses in Ireland.

The business group will be led by Bríd Horan, an independent non-executive director of FBD Holding plc and the former deputy Chief Executive of the ESB, and by Gary Kennedy, a non-executive director and chair of Greencore Plc. The Better Balance for Better Business initiative was launched at an event in Government buildings recently.

The percentage of women on the boards of Irish listed companies continues to be very low. Over one third of companies listed on the main markets of Euronext Dublin (formerly the Irish Stock Exchange) have no women in the boardroom. Women currently make up only 18.1% of directors of Irish-registered ISEQ20 companies, which is significantly lower than the EU average of 26.2% for large publicly-listed companies.

The Taoiseach said: “Participation by women on State Boards has increased over the last few years. Unfortunately female representation on corporate boards is lagging far behind. Ireland should be doing much better.

“Only 18% of board directors are women. Over one third of companies have no female representation at all and are not positioning themselves well to respond to change or to understand an increasingly diverse customer base. Business cannot afford to ignore the talent of half of the population.

“This initiative reflects our idea of what Irish business should look like in the 21st century. Minister David Stanton deserves much credit for developing it. I am delighted that Bríd Horan and Gary Kennedy have accepted the invitation to lead on this issue and have been engaged with for some time through the 30% Club. They will be supported by a dynamic group of senior business and public sector leaders. Working together, Government and business can achieve the cultural change in business leadership that will position Ireland as a market leader in corporate decision-making.”

The group will report back with actions for Government and business to increase the percentage of women on corporate boards and in senior management in leading Irish companies. It will engage with companies to make the case for change and will report annually on its progress.

It’s Time to Move the Needle

A recent report published by Cranfield...

Today’s literature is replete with...