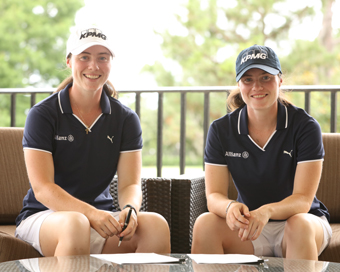 Allianz has announced its sponsorship of Irish golfers, and recent Duke University graduates, Leona and Lisa Maguire as they begin their professional golfing careers by representing Ireland on the world stage for the first time at the ShopRite LGPA Classic.

Sean McGrath, Allianz Ireland CEO, said: “We are delighted to support Leona and Lisa as they begin their much anticipated professional golfing careers. Allianz exists to facilitate people to live their lives to the fullest, who knows what the future holds for Lisa and Leona but we are delighted to play a role in the next chapter of their promising careers.”

Girl in the Galaxy

Nineteen (19) researchers, from across...