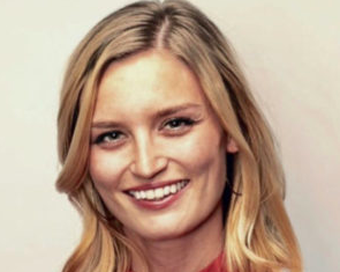 The high calibre of Irish entrepreneurs has been applauded by a global non-profit committed to promoting entrepreneurial opportunity across the world.

The internationally acclaimed Blackbox programme, a two-week immersive accelerator offering access to resources, mentorship, and immersive programs in the heart of Silicon Valley to founders across six continents, counts a total of 21 Irish founders, nearly half of them women, among its 400 alumni in 60 countries around the world: “Ireland has put forward some of the highest calibre founders of all. Ireland is a large hub in terms of the number of quality of alumni here,” declares Marie Paoli Blackbox Director of Partnerships and Programs (pictured).

Of the 21 Irish ‘Black-boxers’, nine are female. It’s an elite group counting the likes of Pamela Newenham of GirlCrew, Iseult Ward of FoodCloud, Patricia O’Sullivan of Autopixie and Leonora O’Brien of Pharmapod Ltd. Blackbox, which partners with Dublin start-up hub Dogpatch Labs, stopped off in the capital for three days recently to connect with existing alumni and meet aspiring Black-boxers.

The organisation was set up in 2011 by Fadi Bishara, who developed the idea while visiting European startups in 2009 – Bishara, who has an extensive background in executive and technical recruiting in the tech industry had noticed a lack of basic resources and thought there was a lot they could learn from Silicon Valley.

The accelerator’s objective is to help each hand-picked cohort of founders (who all stay together in the same bed-and-breakfast while attending the course) access resources and knowledge to fuel their global expansion and pave the way for new possibilities,  along the way leveraging a valuable worldwide network of links with like-minded founders and mentors.

Blackbox has forged strong links with Dogpatch, which identifies and nominates promising high-potential Irish entrepreneurs who could potentially benefit from the Blackbox programme. “We basically decided to come to meet 12 founders, who are all potential participants of Blackbox, and give them the opportunity,  through one-to-one meetings to have their applications fast tracked,” explains Paoli.

Anyone can apply for participation on the Blackbox programme, which costs an eye-watering €15,000 per founder – but if an entrepreneur is nominated by Dogpatch he or she may receive a full scholarship to the programme through the Google for Entrepreneurs network.  “We did 12 interviews in Dublin. The sweet spot for black-boxers is an early- product market fit, so it is about companies that are not super-early in the process but still have a lot to do,” explains Paoli.

The 12 founders interviewed work in diverse areas from SaS and digital media companies to consumer product firms based primarily in Dublin though some were from Northern Ireland. “It was a great mix. They were all at the seed stage. We were incredibly impressed by the quality of almost everyone we met; we weren’t surprised though, because we get consistently strong applications from Ireland,” says Paoli who explains that although Blackbox started out working with entrepreneurs who needed to access the resources and connections in Silicon Valley, its focus has changed significantly over the years: “Now there’s a curriculum which is very focused on the intersection of culture and strategy. “We are very different to traditional accelerator models.  “We focus very much on the founders, whereas traditional models focus on the tactical elements of building companies and seeking investors.”

The Blackbox programme does feature such tactical elements also, she explains, but its focus is primarily entrepreneurs-first. Growing a company, points out Paoli, is very much about building forward movement and scaling up, which, she points out, “can be very challenging and incredibly lonely.” “So how do we help them feel more in control, more confident and clearer in terms of moving to the next stage of their growth? It’s about how do we help them feel they are in the driver’s seat,” she says, explaining that an important elements of this is developing  synergy between the founder’s vision and the company’s direction.  “We help them find that.  We are looking for people who are leaders in the start-up ecosystem they’re from, and we steep them in the mind-set of Silicon Valley. “One of the things that makes Silicon Valley such a special place is the sense of collaboration and the approach to risk and failure, and the respect for founders. We want to build up their confidence and help them think on a much larger and more global scale. “Then they go back to their home countries, build great companies and experience success – and go on to act as an inspiration to other entrepreneurs.”

Of the 12 Irish applicants for the upcoming programme in August, she observes, she is confident that either one or two will be successful in gaining a place – each of the four annual Blackbox programmes accepts a maximum of 16 founders, with no more than two from the same country.

And don’t despair if you don’t hit the bullseye first time: “A lot of the time people who apply and may not get in on their first application  may be better positioned to benefit from the programme down the road,” she explains. “We look for founders with a meaty challenge – for example they might be about to raise their first round of proper funding and want to know how best to approach and navigate that process.”

Alternatively, she says, a founder may have a company which has grown and which might need to make tough decisions relating to the team, or bring a senior hire onto a long-established team. “They may need to make a tough decision about product position, and adapt strategies to meet feedback.” Others may need to learn how to balance the stress of being a founder with simply being a human being with a family, she adds.

Blackbox will once again be opening applications again in late August, early September for participants wishing to apply for its November programme. You can find out more here>>

Jess Murphy A Role Model for...

Award-winning chef Jess Murphy is now at the...

Having a stroke is life-changing for most...