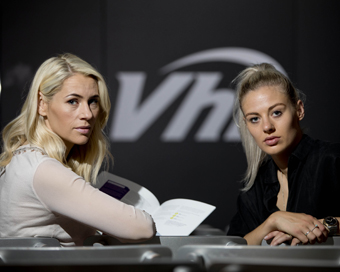 Vhi recently published the first in a series of in-depth research reports into the health of Ireland’s corporate employees.

The Vhi Health Insights report, which focused on mental health in the workplace, was overseen by an expert group and the research was conducted by B&A. The report identified that a high proportion of corporate employees in Ireland suffer from concerning levels of stress, anxiety and depression. The report also identified a lack of resilience amongst those under 34, while employees across all age groups expressed deep dissatisfaction with their lives.

The report presents worrying levels of unhappiness, dissatisfaction and stress amongst a significant proportion of the working population. Those under 34 tend to characterise their levels of stress as problematic rather than as part of the normal cut and thrust of life. This indicates a lack of resilience amongst this age cohort.

Here are some of the key findings of the report:

Commenting on the report, Professor Brendan Kelly, Professor of Psychiatry, Trinity College Dublin and part of Vhi’s Expert Group said, “There has been a lot of anecdotal evidence suggesting that workplace stress is increasing. This research is valuable in quantifying how significant this issue is and who is suffering most from stress and anxiety. The level of mental health issues identified is concerning and with many respondents stating they believe it will impact their health in the future, it is clearly a growing problem. While we do acknowledge that the diagnostic thresholds are changing in society it is clear that stress is a serious and growing issue that needs to be urgently addressed.”

The Vhi Expert Group made a series of recommendations in response to the findings. Flexible options should be made available for accessing health benefits as this is something employees value; Risk taking and innovation should be encouraged; There should be a focus on resilience training to maintain employees’ mental health.  In relation to the last point, VHI has developed a bespoke Resilience Programme which will be rolled out to corporate clients in the coming months. Vhi Mind Matters Resilience Workshop is a day long programme designed to boost resilience with a focus on advice for better handling life’s ups and downs. The programme will be delivered by experts in the mental health and nutrition fields.

To mark the publishing of the report, Vhi hosted a Vhi Health Insights Business Breakfast focusing on ‘Mind Matters’. During the business breakfast, the panel of speakers which included keynote speaker, Professor of Psychiatry at Trinity College Dublin, Brendan Kelly, explored the challenges facing employers and employees around mental health in the workplace today. RTE broadcaster, Evanne Ni Chuilinn hosted the event with other panellists including Neil Douglas, Qualitative Researcher with B&A and Dublin GAA All Ireland star and tech sector employee, Nicole Owens.

There’s been much discussion about the...

Former US Secretary of State...

Trinity recognised the former US Secretary...