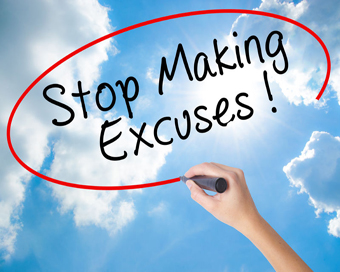 Last week UK media entities highlighted some of the excuses made by FTSE companies for not appointing women to their boards.  Granted there are plenty of companies who have embraced gender diversity; evidence has shown that bridging the gender pay gap could add £150 billion to the UK economy by 2025 and tackling the gender pay gap is part of the government’s modern Industrial Strategy.

The Department for Business, Energy & Industrial Strategy under Minister Andrew Griffiths released  findings recently on attitudes to Women on Boards which were ‘shocking’ and ‘appalling’ to say the least.  Such excuses as ‘they don’t fit in’, ‘they don’t want the hassle’ and ‘all the good ones have already gone’ were given as to why some FTSE Boards had not engaged a woman on their board.

The Hampton-Alexander Review, which reaches the halfway mark later this month called for bosses to ensure that one-third of FTSE leadership positions are occupied by women by 2020. And although the number of all-male FTSE 350 company boards fell from 152 in 2011 to 10 in 2017 many are still refusing to move with the times.

Outrageous explanations for not appointing more women include suggestions they are not able to understand the ‘extremely complex’ issues FTSE boards deal with and the idea women do not want the ‘hassle or pressure’ of sitting on a top board.

The explanations, which come from a range of FTSE 350 Chairs and CEOs, were heard by the team behind the government-backed Hampton-Alexander Review.

But Business Minister Andrew Griffiths said such appalling explanations as those released recently proved companies have more work to do. Chair of the Hampton-Alexander Review Sir Philip Hampton said that “Around a third of FTSE 350 companies still have very few women either on their boards or in senior leadership roles. We used to hear these excuses regularly a few years ago, thankfully much less so now.  “However, leaders expressing warm words of support but actually doing very little to appoint women into top jobs – or quietly blocking progress – are really not much better.”

These explanations have been published ahead of the announcement of the latest figures for the number of women on FTSE 350 boards on 27 June, which will mark the halfway point of the independent Hampton-Alexander Review which launched in November 2016.

Women Lead at the CSNA!