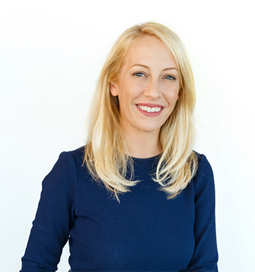 Eventbrite’s new home on Cork’s emerging ‘Silicon Mall’ is the latest milestone in the company’s history in Ireland, which started with a localised page for Irish event organisers in 2011. Eventbrite launched a first physical presence in Ireland in 2014, and followed it up with a customer service centre in Cork in February 2016. The Cork office subsequently evolved into a fully fledged hub for the company’s European operations and quickly required a much larger space to grow into.  Eventbrite was founded in 2006 by Julia Hartz (pictured), Kevin Hartz, and Renaud Visage.

Eventbrite is currently hiring for various international departments in its Cork office, which include customer service, trust and safety, risk analytics, account management, and business development.

IDA Executive Director Mary Buckley stresses the wider significance of the California tech company’s new office: “The expansion of Eventbrite’s Irish operation demonstrates Ireland’s ability to attract investment from high-growth companies to serve the European market. Cork’s tech infrastructure, talent pool and supportive academic network have created a compelling business environment which continues to attract investment from overseas companies in the technology sector. Cork has evolved into a tech hub within Ireland employing thousands of people and adding significantly to the local economy.”

“The move into this city centre building is great for our teams, as it makes for really short commutes”, says Amanda Darmody, Eventbrite’s Site Lead in Cork, herself Corkonian and one of the company’s first employees in the rebel city. “It is also a visual statement: We continue to be committed to Cork, and to the entire European region we serve here…”

With further delays in the political process...