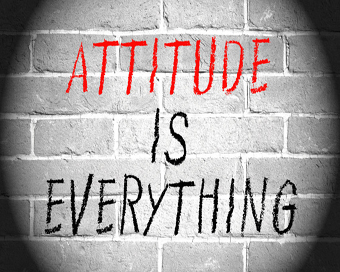 There’s been much discussion about the gender pay gap and a phenomenon that is a significant contributor to the disparity between men and women in the workplace: the confidence gap.

Research shows that women are less likely to speak up in meetings, apply for jobs and promotions, and negotiate better salaries and conditions.

An oft-cited study carried out by Hewlett Packard revealed that men would apply for a job or a promotion even when they meet only 60% of the criteria, while women hesitate to apply unless they meet 100% of the requirements for the position. According to research carried out at Cornell University in New York State, men often overestimate, and women tend to underestimate their abilities and performance, even when their performances are similar. And even when a woman manages to get that much-coveted position, she often feels that she is undeserving; that she is a fraud or an imposter. This is known as imposter syndrome, a concept which originated from a 1978 study by clinical psychologists Pauline Clance and Suzanne Imes of high-achieving female students. Imposter syndrome has had a revival in the internet age and is thought to affect more women than men.

However, some experts argue that the subject is not so black and white. Katty Kay, who co-authored The Confidence Code with Claire Shipman, believes talent isn’t merely about competence but consists of two elements: competence and confidence.

She wrote: “Confidence, ultimately, is the characteristic that distinguishes those who imagine from those who do.”

Statistics in recent decades show that females are outperforming males academically. In Ireland, girls scored a higher proportion of grades one, two and three at higher level in 32 out of 38 subjects than boys did in the 2017 Leaving Certificate examinations. More women attain qualifications at third-level than men do. According to the CSO report, Women and Men in Ireland 2016, among 25 to 34-year-olds, 55.1% of women had a third-level qualification, compared to 42.9% of men. But while girls are surpassing boys in school and at third-level, the boys quickly catch up and pass out their female counterparts when they start working.

Why is it that despite women being better educated and more qualified than men, the latter gender still dominates in the corporate world! Katty Kay says that the key reason women are underachieving is confidence. She writes that women typically possess three traits that belong on a confidence blacklist: “overthinking, people pleasing and an inability to let go of defeats”.

So while many will agreed that the gender confidence gap exists, a recent poll carried out by WMB had surprising results. When asked: “Are you a confident public speaker?” just over half of respondents said “yes”. Speaking effectively is one of the hallmarks of a confident leader, so the question is: are women becoming more confident? Could it be that times are a-changing? And if so what’s causing this change?

Gender-blind millennials could be one reason behind this shift. A recent study found that despite research that show men holding an advantage in the workplace, millennial males are 50% more likely than millennial females to say that their gender impacts negatively on their career. The report by private research software company Qualtrics and venture firm Accel surveyed 8,000 millennials (18 to 34-year-olds) and found that 33% of men and 21% of women have felt frequently discriminated against at work due to their gender.

Other research has found that although young women are typically less confident than their male counterparts, confidence in women increases as they age. The study by leadership training experts Zenger Folkman found that while men in their mid-20s started off with a higher confidence score than women in the same age grouping, women drew even by their mid-40s and by their 60s had passed men out.

There is no doubt that campaigns that promote leadership in women, such as Vital Voices and Catalyst are contributing to an increasing representation of women in more influential positions. In Ireland women are being championed from a young age by campaigns like Bold Girls, run by Children’s Books Ireland to encourage children to read about inspiring girls and women, and Women For Election, which encourages more women to take up political office.

Elsewhere, a global survey by professional services firm PwC of 3,627 professional women published this year (in 2018) found that women are more ambitious and more financially independent than ever before. The promising results found that 82% of women are confident in their ability to fulfil their career aspirations.

Lead researcher Aoife Flood said the findings published in the report ‘Time to talk: what has to change for women at work’, said the survey shows that more women are recognising the need for and the power of advocating for themselves. Citing the findings that of 41% of women who had received promotions in the previous two years, 63% had negotiated for the promotion, Aoife Flood who is also the Dublin-based PwC Global Diversity Programme Officer said: “self-advocacy pays off, and a move to greater transparency combined with workplace and personal support will act to bolster this further.”

Vhi recently published the first in a series...