25 Years of Celebrations at PRCA 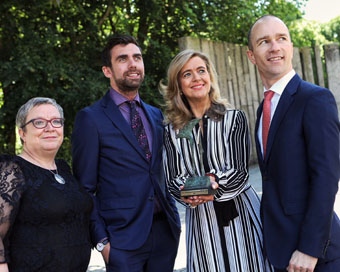 The Public Relations Consultants Association (PRCA) marked a landmark 25 years celebrating excellence in public relations, as it held the annual Awards for Excellence in PR, 2018. The silver anniversary awards were presented recently at the Shelbourne Hotel, Dublin, where leading lights of the profession gathered to celebrate.

Speaking at the Awards, PRCA Chairman, Rhona Blake, said: “The introduction of these awards 25 years ago was a key milestone in the development of public relations as a profession in Ireland. We are indebted to our PRCA predecessors who recognised that competing to be the best, promoting best practice, professional standards and the pursuit of excellence was the way forward.”

Ms Blake added: “This week the European Communications Monitor published data* highlighting the importance of the public relations profession in helping organisations deal with the impact of fake news, protecting reputation and regaining public trust, which has been rated – for the first time – as the biggest challenge impacting organisations today. The growth of the profession in Ireland is testament to the significant impact effective public relations can make to the performance of businesses, so marking 25 years of excellence is to be celebrated.” 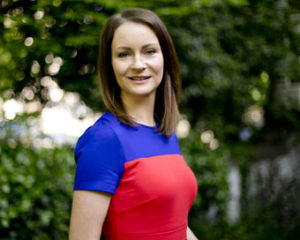 Nineteen Awards for Excellence were presented across a wide range of categories recognising the variety of public relations activity. Among the Award winners was Louise Walsh (pictured) from Drury Porter Novelli who won this year’s Young Communications Professional of the Year. Sponsored by Kantar Media, this award is open to public relations and communications professionals who are 28 years old or younger on the 1 January 2018.

The judges commended Louise’s sense of purpose for public relations as a core strategic support to organisational decision making and reputation management; her advanced understanding of the components necessary to deliver success and value to clients in high level, complex, communications projects; and her informed sense of the future shape of PR and the challenges it must face.

Met Eireann has confirmed that sunshine is...