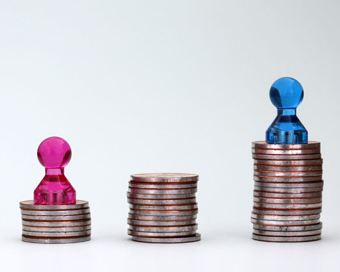 Senator Ivana Bacik is optimistic about the long-term impact of draft legislation aimed at reducing the hugely controversial gender pay gap: “We are hoping it will become law by the end of this year,” she says of the Labour Party Bill which has already passed several stages in the Seanad.

However, progress has been swift on this issue – earlier this month it was reported that Minister of State for Equality, Immigration and Integration David Stanton of Fine Gael, will bring the Heads of the Gender Pay Gap Information Bill to Cabinet by the end May. This means that firms employing more than 250 workers could have to publish details of any gender pay gap – and face sanctions if they fail to do so – by the end of this year if the Government meets its target for implementing planned new legislation.

This legislation will allow for inspections by the Workplace Relations Commission – as well as fines and enforcement of compliance through Circuit Court orders. The threshold of firms with more than 250 workers would fall to150 workers two years later, and down to 50 a year later.

The aim of Labour’s bill, which will require companies with more than 50 employees to publish anonymised data showing the breakdown in the organisation of pay on a gender basis, was not only to highlight the often-hidden problem of the gender pay gap, emphasised Senator Bacik: “The point is not to just shine a light but to put in place mechanisms to solve a problem,” declared Bacik, who is a driving force behind  the Labour bill.

She said there was broad support for the introduction of legislation which would help reduce differences in levels of remuneration between men and women. “Companies will be required to address the gender pay gap – the legislation is looking at the broader picture of the breakdown in earnings, so it will require companies to employ  or recruit more women into high-earning positions. “In effect, it will put the onus on employers to rebalance their employment breakdown, in terms of gender.”This legislation, she explains, mirrors similar laws in England, Wales, Scotland, Australia, Iceland, Germany and Belgium: “We looked at the legislation operating in all of these countries on the area of gender pay gap before putting forward our bill,” she says, adding that

There is an increasing recognition that this kind of legislation is the most effective way to tackle the gender pay gap. “The World Economic Forum and the EU Commission have called for similar legislation – they are supportive of it,” she declares, acknowledging however, that it could take a while before the full impact of the bill hits the workplace –  it took about eight years in Britain between the publication of the law and the time when  reporting became mandatory, she explains. “It will take a few years here to be fully effective if it comes into legislation by the end of the year,” she says.

Down the road, however, it’s believed the legislation will heighten awareness and focus attention not only on how companies pay male and female employees, but also who they recruit: “In Ryanair for example, only eight of the company’s 554 UK-based pilots were female, which has a huge impact on earnings by gender,” she explains.
Her comments followed the passing of a deadline in the UK which has forced companies with more than 250 employees to report on gender pay differences within their organisations.

Labour’s Bill here, which requires companies with more than 50 employees to reveal details of any gender pay gap also proposes fines of up to €5,000 for companies that do not abide with legislation. More than 10,000 companies, including a number of Irish ones with a presence in the UK, submitted details on wage transparency with the final figures indicating that on average, almost 80%  of UK firms pay men more than women.

The current Programme for Government includes commitments to reduce the gender pay gap that include plans to force companies to reveal internal pay differences. A public consultation on the issue took place last summer, while a symposium also took place in early January – the Department of Justice and Equality has said it is hoped that draft legislation would be enacted before the summer recess. Often confused with the issue of equal pay, under which men and women doing the same work are expected to receive the same rate, the gender pay gap actually measures the difference between the earnings of all men and women across an entire organisation.

According to CSO figures published in late 2017, the pay gap had widened by two points to 14% cent from 2012 to 2014 even though more women were obtaining higher education qualifications.

WMB is getting ready for the launch of its...